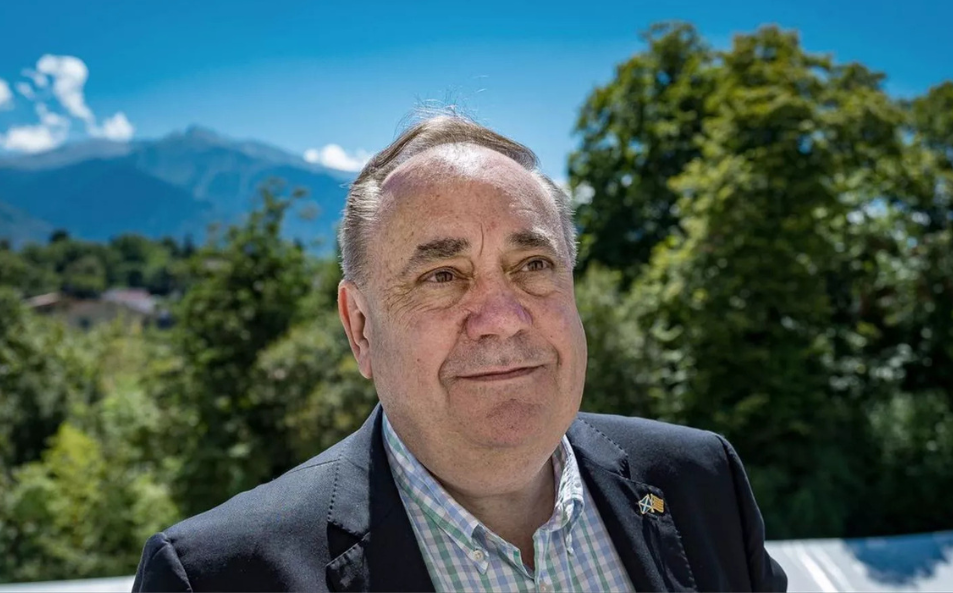 In the course of a wide-ranging address which charted the progress of the national movements in Catalonia, Scotland, and Ireland Mr Salmond reflected that all three nations have made substantial progress in the last century towards each of their full independence goals.

“A century ago Ireland was ruled (in titular form at least) by the last Lord Lieutenant as it had been more or less since the Norman invasion of England. Fifty years ago Catalonia was emerging from fascist repression and twenty-five years ago Scotland had a quasi-colonial administration composed of politicians from the least successful parliamentary political party in the country.

This Catalonia is autonomous, Scotland devolved and Ireland independent, albeit still partitioned. In all three the struggle for full independence continues but that should not blind us to the progress that has been made.”

Mr Salmond went on to outline seven requirements which would make the eventual success of these movements possible.

“Firstly, build on secure foundations of a vibrant national culture. All three nations - Ireland, Scotland and Catalonia have fulfilled that requirement. Community identity in all three is powerful and abiding and greater than in many states and in all three the struggle to defend language or culture continues.

Secondly, stick on a constitutional peaceful pathway, whatever the provocation and temptation. Scotland has done this and so has Catalonia since the Francoist period and Ireland since the peace process of 1998. Violence and state power may be inflicted on us but never under any circumstances, reciprocate.

Thirdly, nurture a vision which justifies independence not just as an act in itself but for what it will mean for the society to come, what will it mean for a contribution to humanity in general, how society will change for the better. For example, some in the current SNP believe that an accommodation should be reached about the stationing of the largest concentration of weapons of mass destruction on Scottish soil. That cannot be. Independence requires the vindication of a different approach to weapons of mass destruction and indeed towards the armed camps of state interest into which the world is dividing once again.

Fourthly, secure as much means of mass communication as possible. At some point, there will be further tests of strength in asserting community democracy against state power. Ireland is in the best position with respected news organs with international reach supportive of Irish unity, Catalonia has a lively press and political discourse, Scotland is still worst placed with a strong infrastructure of pro-independence social media but a mainstream media now totally in the death grip of unionism.

Fifthly, keep the national movements responsive to social and economic change and in the vanguard of proposing alternative solutions. The established order of the western world is undergoing a series of crises the latest of which is stagflation provoked by the aftermath of pandemic and resource inflation accentuated by the Russian invasion of Ukraine. In this structure, major private corporates enrich themselves at the expense of the consumer and citizen. Alternative economic models of public and community ownership, particularly of natural resource-based industries, are positions that national movements should be promoting, all against the existential threat of climate change.

Sixthly, re-enforcing confidence in devolved structures is important to build confidence in the ability of independists parties to run a state. In Ireland Sinn Féin has the advantage of political opposition to the established parties in the Republic at a time of economic crisis, while the devolved structures in Northern Ireland are in abeyance as a result of unionist intransigence. In Scotland the devolved SNP government is under pressure on a range of issues of maladministration. Similarly in Catalonia the autonomous government is beset by disappointment of the inability to honour the October First movement and confusion on the way forward.

Seventh and last. The question of leadership. No national movement leadership can guarantee success. What leadership needs to do is provide the strategy and circumstance in which success is possible. Nothing is worse than raising expectations and failing to carry through. The strategy in Ireland looks best placed with Sinn Féin now the leading party in the North and the government in waiting in the south. In Scotland the SNP is electorally dominant but the independence strategy is, at best, problematic. In Catalonia the movement requires to come to terms with the lack of follow through of the political class from impressive popular support and thus to chart new and successful strategies to come.”