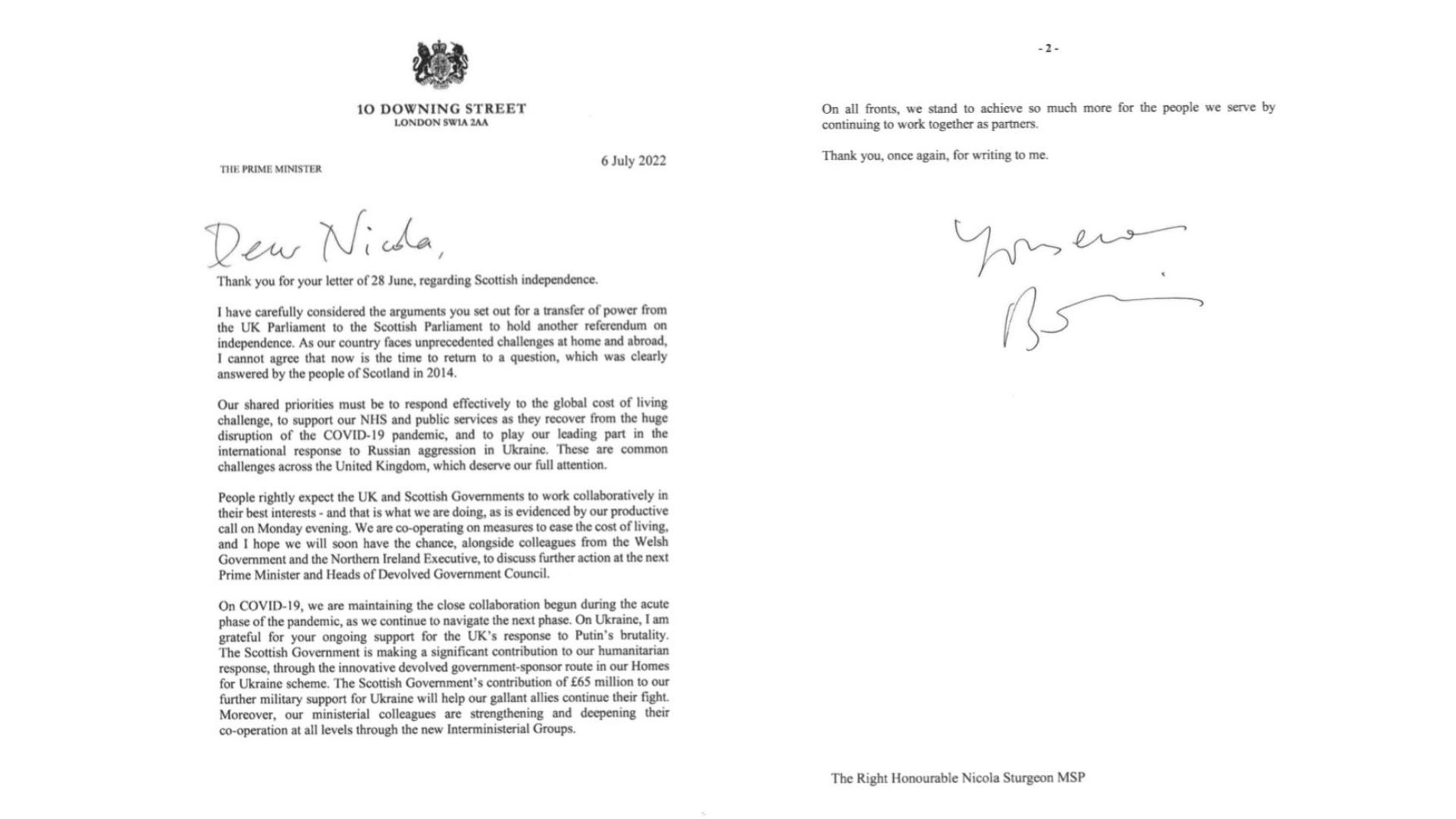 Speaking this evening (Wednesday) on the decision by the UK Prime Minister to refuse the request from the Scottish Government and First Minister for a Section 30 Order ALBA Westminster Group Leader Neale Hanvey MP said:

“The decision by Boris Johnson to deny a Section 30 Order honouring the Scottish Government’s democratic mandate to hold a consented and legal Scottish Independence Referendum is a defining moment for Scottish democracy and one that has profound implications.

“This decision has two immediate consequences.  Firstly it signals that the British State is determined to override the sovereign right of the people of Scotland and in so doing it disrespect our separate constitutional traditions, going back to the Claim of Right of 1988, 1689 and the Declaration of Arbroath of 1320, but instead imposes the will of a Westminster Parliament upon Scotland.

“Johnson should be in no doubt that holding Scotland’s democracy hostage is something which the people of Scotland will not put up with.

“Secondly it underlines the need for a united political and civic independence movement to shift the focus of the debate on Scotland’s Future away from Westminster and Whitehall and back to Scotland where it rightly belongs.

“That can only be done through an Independence Convention comprised of all of Scotland’s Elected representatives, MSPs, MPs and Council leaders as well as the trade union movement, civic Scotland and the wider community.

“If Tory MPs at Westminster are allowed to change the rules and their minds over who is the next Prime Minister, then it surely follows that the Scottish people must be allowed the same right to change their minds and to have their say on Scottish Independence whenever they hand that mandate to their elected representatives.

“If this truly is a voluntary union, a union of equals, then democracy must be respected with no restrictions placed on any member country’s right to self-determination”