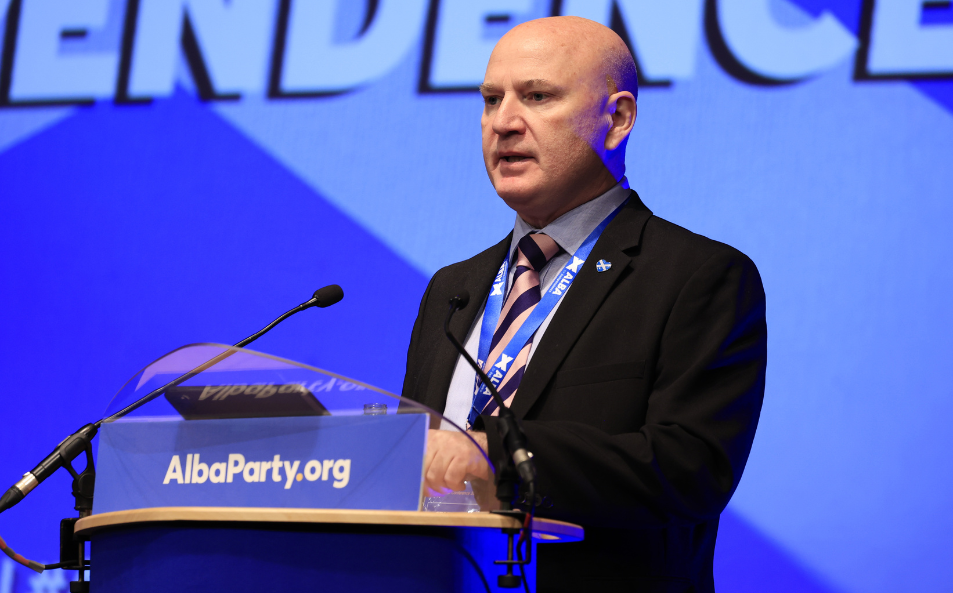 “PROGRESS BUT COULD DO BETTER” SAYS HANVEY

“ALBA welcomes this paper which usefully sets out Scotland’s economic strengths and the massive potential to grow our economy and create a fairer society with the powers of Independence. This stands in stark contrast with the evident weaknesses of the UK and of Scotland continuing to be part of a sinking ship.

“That should be the backcloth to an unanswerable economic case but this Scottish Government document still falls short in key points of policy detail.

“There is still some way for the Scottish Government to travel in distancing itself from all of the disastrous SNP Growth Commission proposals, including the bizarre ‘solidarity payment’ which continues to live on in this document.

“Scotland must have full control of the monetary and fiscal levers if it is to be a successful independent country. But it is not enough to establish a Scottish Central Bank from day one , positive as that is, we need to prepare to move to a separate Scottish Currency from day one of Independence, within a defined transition period of around three years. Otherwise Scotland could find itself, for a prolonged period, at the mercy and volatility of sterling financial markets, the likes of which we have seen over recent weeks, but without the financial levers to deal with them.

“Rather than being saddled with a share of massive debts which have been run up by successive UK Governments a new Scottish state would be far better advocating a ‘clean break’ settlement in the negotiations for Independence. As the First Minister said Scotland is under absolutely no legal responsibility to shoulder a share of UK debt and therefore a position of no share of either financial assets or liabilities is a far stronger proposal.

“The First Minister has also accepted that there is no quick route back into the European Union. That is why ALBA favours joining the European Free Trade Association (EFTA) which would enable Scottish membership within a matter of weeks rather than years. Membership of EFTA also offers a route back to the single market in a timescale compatible with independence negotiations of 18 months to two years.

“There is very clearly further effort required to spell out how border controls for trade would work and how we provide financial stability from day one of independence. Perhaps the Scottish Government civil servants should adopt all of the proposals published in the Wee Alba Book instead of just some of them?

“A key feature of any economic case must be full control of Scotland’s massive energy resources. But any transition towards net zero must continue to harness oil and gas with stipulations for any new licences to include a firm commitment to Carbon Capture and Storage (CCS).

“Oil revenues cannot be counted twice both for revenues and for an investment fund but in addition we must fully harness the revenue benefit of our massive renewables potential, not give it away far below its market value, as in the scandalous ScotWind Auction of earlier this year.”