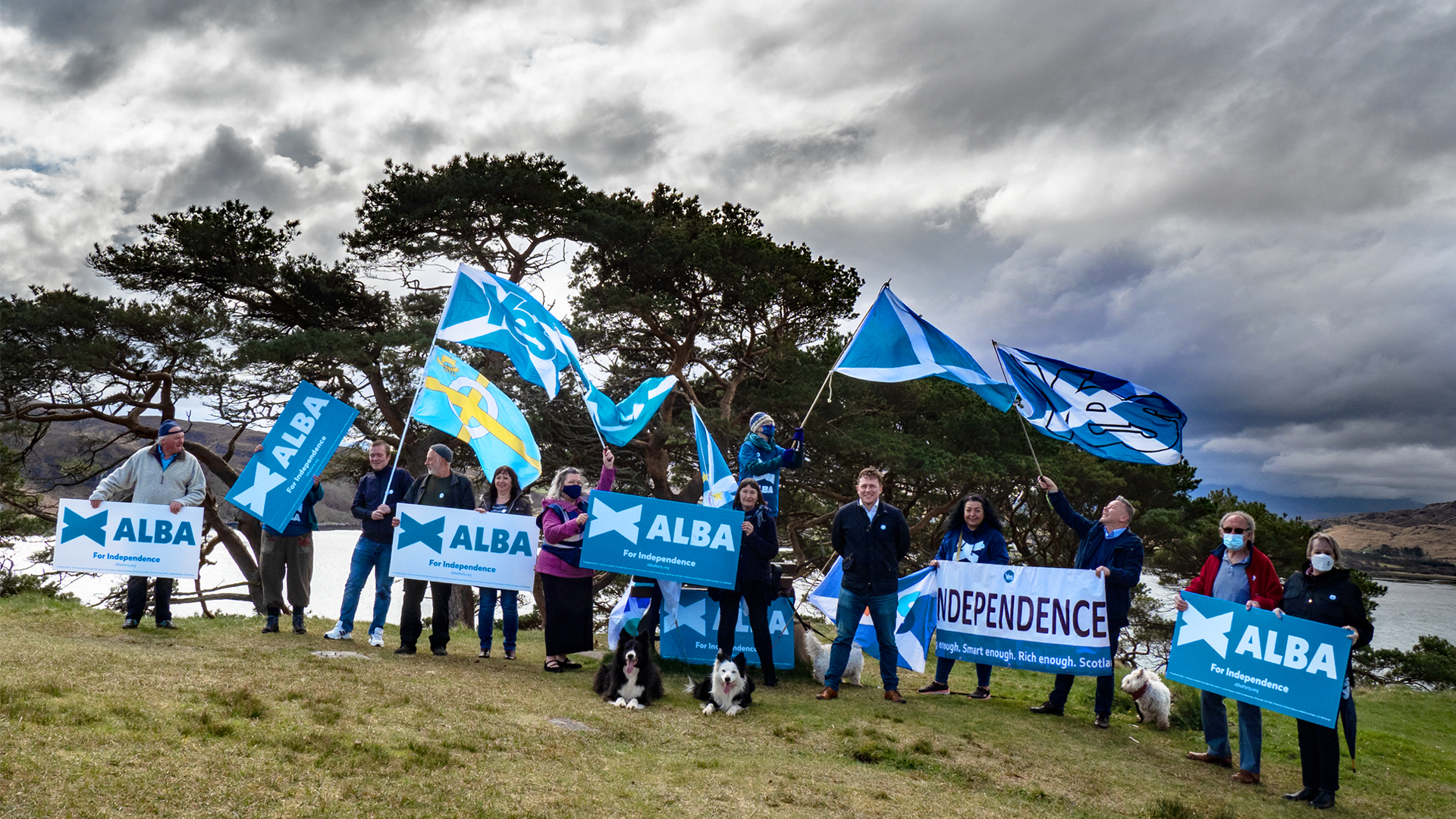 ALBA's Lead Candidate for the Highlands and Islands Kirk Torrance has covered hundreds of miles travelling around the Region, an area more than twice the size of Belgium, in an effort to persuade voters to support ALBA in the Election.

Mr Torrance who lives in Moray has hired a motorhome to cover as much ground as possible on tour visiting communities in Skye, Lochaber and Badenoch, Moray, Inverness and Nairn. He plans to campaign Argyll & Bute, Caithness, Sutherland and Ross and Western Isles in the coming days before polling day.

In a statement Mr Torrance said:

"It has been tremendous to get out and about and to listen to people in communities the length and breadth of the Highlands and Islands. I have had informative discussions with carers, fishermen, tour guides, workers in the hospitality sector, small business owners, crofters, farmers and people providing public services. I even met a lamb called Alba who was named after Scotland's newest political party by one of our supporters (Photograph of Alba attached).

"The Highlands & Islands have been exposed to a long history of structural inequality. Although we like to think the time of the clearances have been and gone, our communities are still plagued by excessive levels of population decline, fuel poverty, homelessness, centralisation, and much more.

"We're now in an economic crisis and we need immediate intervention – tweaking things and hoping the future will be better is not enough. We need economic activity to expand quickly and we need to create jobs.

"By creating a Scottish National Housing Company we can invest in good quality, energy efficient homes for social rent, deliverable over the next five years, which will allow young people to stay in their community."

"Independence would allow us to borrow through a Scottish National Investment Bank at low interest rates for the long term and fund the infrastructure needed to provide good roads, ferries and high-speed Internet access to connect people and communities while incentivising new businesses to invest in the Highlands and Islands.

"If elected, we will push forward these proposals as part of a broader package to deliver that new deal for our communities across the Highlands and Islands.

"Tour Guides in Skye gave me an insight to the unique problems they face. They talked about a 'Catch-22' situation where young people are forced out of communities they grew up in as a direct result of tourism impacting their ability to get on the property ladder.

"I also spoke to Bally the Creeler on Skye who is advocating for a 100-year-old solution to a modern set of environmental and corporate problems in the fishing communities. Bally advocates for a return to the '3 mile limit' protection for small independent fixed gear fishermen (no trawling or dredging of the seas 3 miles out from shore). This would mean large scale fishing fleets need to be in deeper waters. This is the kind of issue we need to address if we are to have a sustainable fisheries supporting communities and people who depend on this for their livelihoods.

“The message that has come through loud and clear is that we need solutions that are sustainable, not just for the short term and that these are designed by and for the people who live in our communities. It is possible to combine respect for the environment with running successful businesses if the investment is there to provide the transport and broadband connections, as well as the homes that are needed.”

“It's time to make our communities thrive, and we have the opportunity with independence to do just that.”