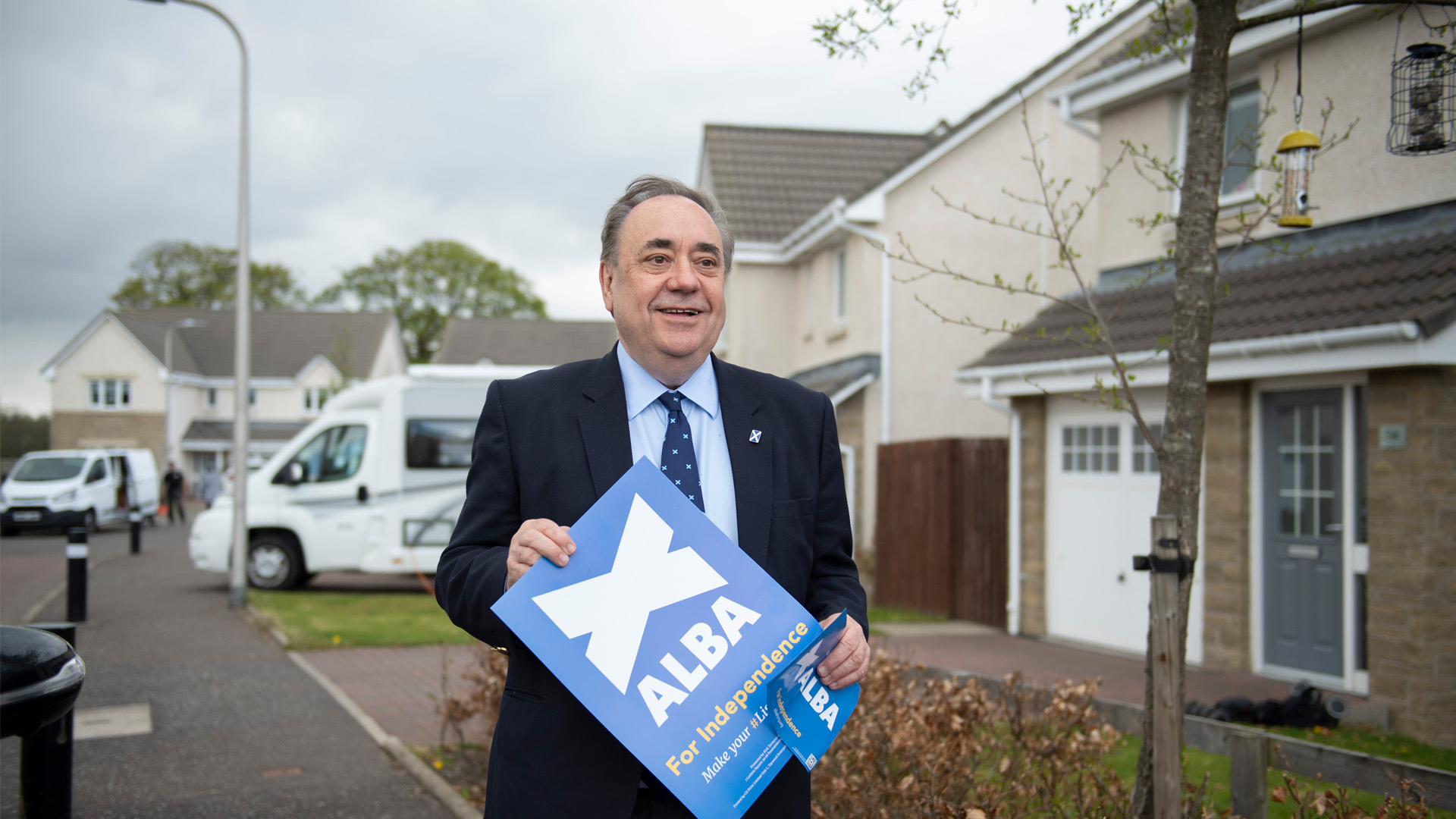 ALBA Party Leader and Former First Minister Alex Salmond has today said that ALBA is here to stay and has called on the SNP to use their renewed mandate to act on Independence.

"ALBA is here to stay. In only six weeks ALBA has established itself as a political force with which to be reckoned. With over 5,000 members and more than 40,000 votes ALBA is now on the political scene and we intend to stay there. With two MPs at Westminster and councillors, the length and breadth of the country, we will continue to make our voice heard loud and clear in the coming months.

"I am proud of our 32 candidates and the campaign that we fought putting Independence front and centre and injecting urgency into the need to deliver Independence.

I congratulate Nicola on her victory but, of course, with victory comes responsibility. The incoming SNP Government must now deliver on their promise to take Scotland towards Independence. And there is no excuse for them not to do so.

"Over 50% of voters on the Regional List voted for Independence. Indeed ALBA votes have helped take that support for Independence to over 50% in this election and that is something that every person who voted for us can be proud of.

"ALBA votes have also helped to elect SNP MSPs making an important contribution to the Independence majority in the Scottish Parliament. In Banffshire and Buchan Coast the ALBA intervention saved the SNP’s bacon and in Ayr the size of the ALBA list vote was ahead of the SNP majority in the constituency.

"A key argument advanced by ALBA in this Election has been totally and comprehensively vindicated. ALBA warned that SNP votes would be wasted on the list and elect zero SNP MSPs in almost every region and that is exactly what has happened. Yet again up to a million SNP votes wasted.

"In contrast in the constituencies Unionist parties have been successful in persuading voters to vote tactically to stop the SNP in seats the SNP should have won such as Dumbarton and Eastwood. Yet while the Unionists voted smart the SNP persisted with the mantra of 'Both Votes SNP' knowing that it would fail to elect SNP MSPs, but worse than that, that it would allow Tory and Labour MSPs in by the back door. The SNP sent their troops over the top to waste their votes and it is Scotland and the wider Independence movement that is the loser.

"An Independence Supermajority would have strengthened Scotland against Westminster making it much more difficult for Boris Johnson to reject a huge Independence majority of a whole parliament representing a whole nation.

"ALBA looks to the future with optimism. We have established our distinctive place in Scottish politics offering action and urgency on Independence, clear and well thought out positions on the 'difficult' questions on Europe, currency and debt and shared assets reflecting the changed realities of 2021 compared to 2014 and proposing radical solutions to tackle poverty, to bring about economic and social reconstruction after Covid and in defence of women’s rights.

"After consultation with candidates this afternoon we will table a motion to the inaugural ALBA Conference in June to contest the local elections in Scotland next year. That will be a contest decided not by television programmes from which ALBA are largely excluded, but in the communities around Scotland and ALBA will fight on level terms.

In that contest, ALBA will continue to rise”