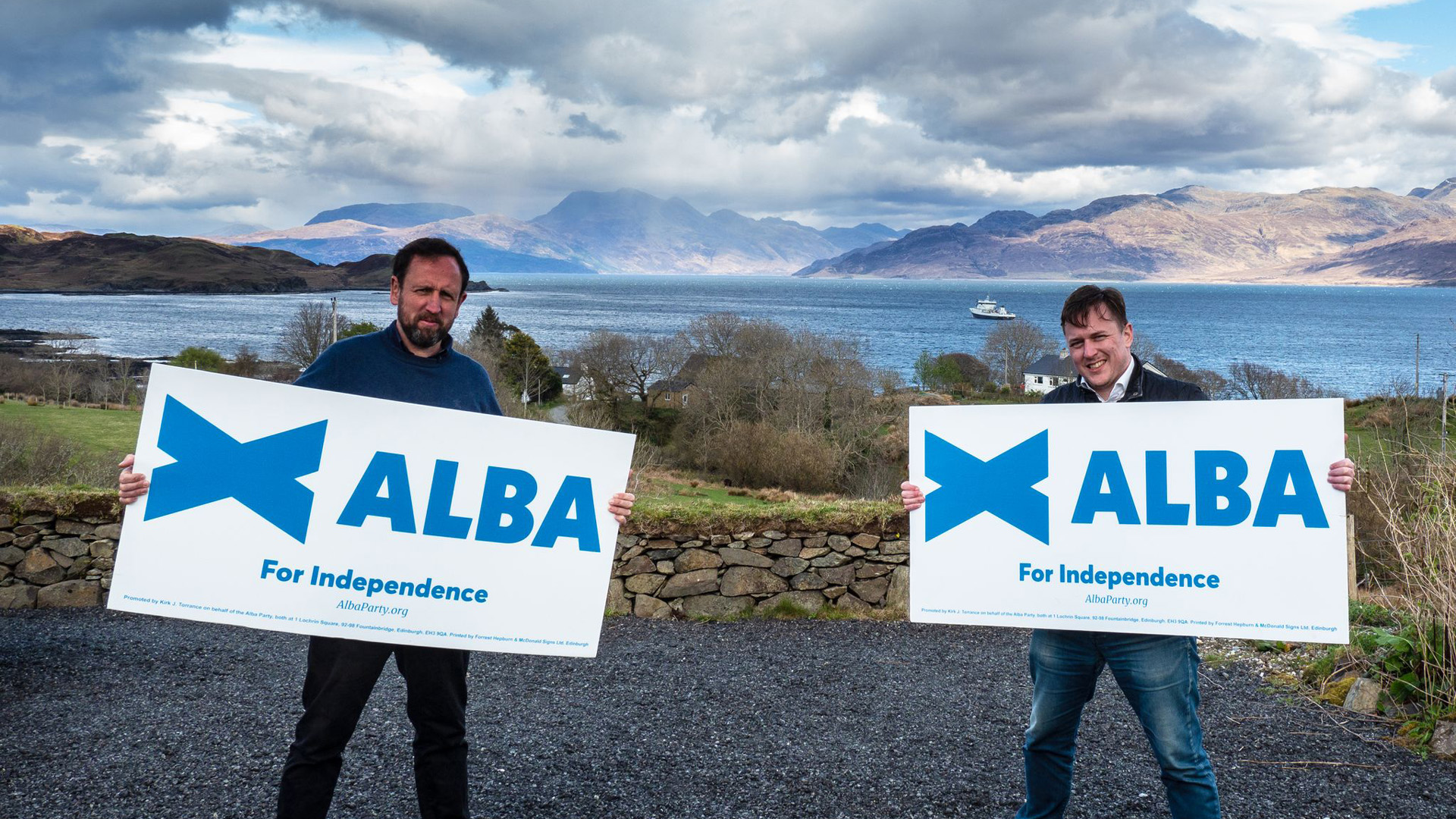 On a campaign tour of the Highlands and Islands, ALBA candidate Kirk Torrance met with architect Alasdair Stephen to discuss solutions to the housing issues facing so many young Highlanders and Islanders.

"We need radically new ideas in the Highlands & Islands. Young people are being priced out of the market as a direct result of an imbalance in tourism activity, compared to other sectors.

"ALBA's plans to create a Scottish National Housing Company to invest in good quality, energy-efficient homes for social rent, is the right one. These can be delivered over the next five years, and will allow young people to stay in their community."

"We're now in an economic crisis and we need immediate intervention – tweaking things and hoping the future will be better is not enough. We need economic activity to expand quickly and we need to create jobs.

"There is no better way to do that than to build new houses and restore existing ones – and not by fiddling around with planning permission so big business can knock out another luxury development.

"We can create a publicly-owned housing company to build top-quality public rental houses out of Scottish timber, which gives jobs and training to young people, rapidly growing a domestic supply chain of timber products, and of course, providing great homes for people. If we do it right we can build as many houses as there are people who require quality houses, at affordable rents.

"We would also like to highlight that the powers our nation will inherit with independence are critical to being able to achieve the above now as opposed to hoping for the benevolence of this and future Westminster governments.

"Only by voting ALBA on the list this Thursday will we be able to get started negotiating Scotland's independence."

After graduating from Strathclyde University Alasdair set up Dualchas Architects with his twin brother Neil in 1995. Subsequently, they founded kit house company HebHomes which Alasdair has led since 2010.

Alasdair has been a member of the SNP since 1985 and stood as the party’s candidate for Ros, Skye and Lochaber in the 2010 general election.