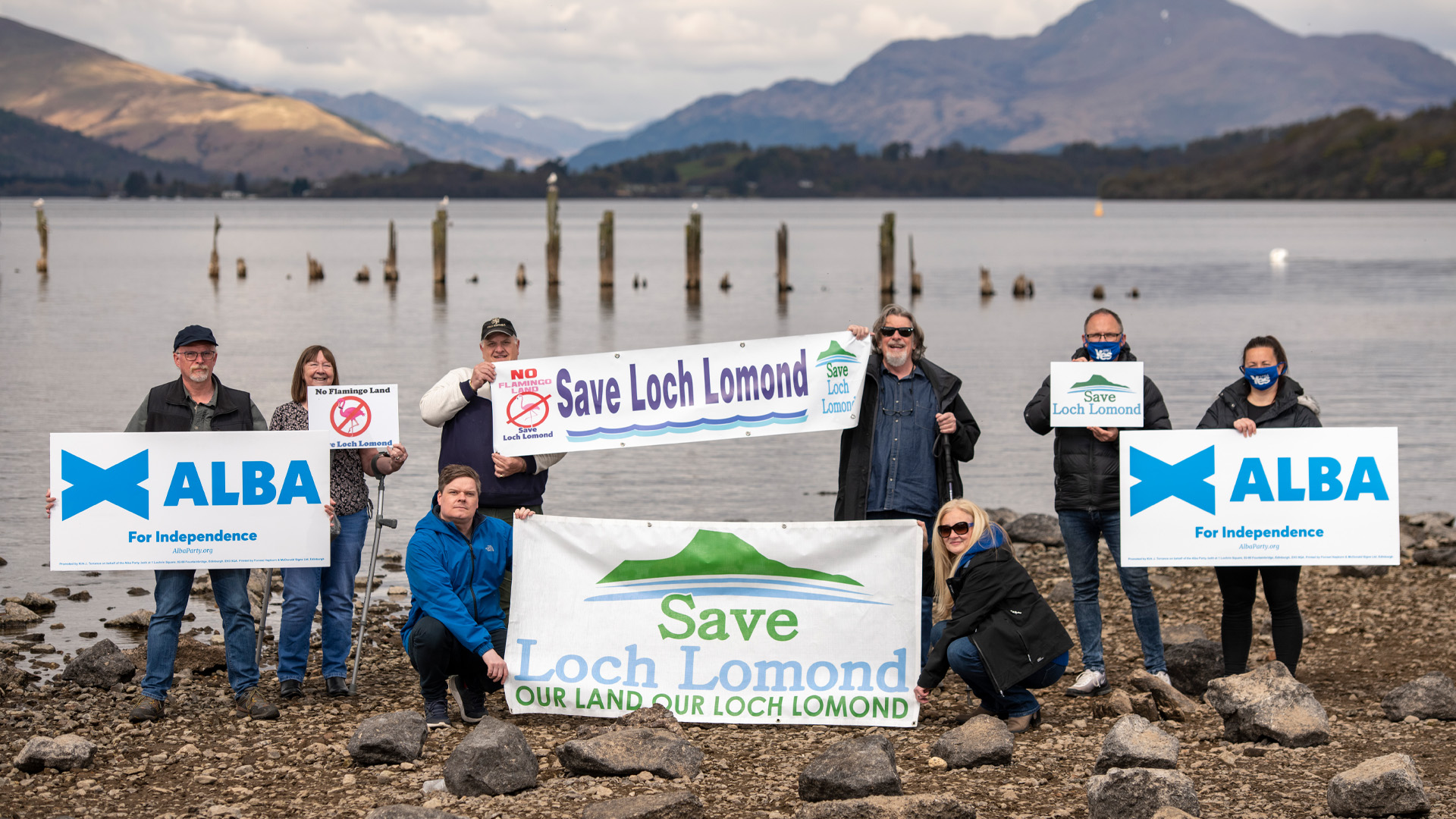 ALEX SALMOND’s ALBA PARTY have backed a campaign to “Save Loch Lomond” pledging to oppose any plans to sell or lease Loch Lomond to private developers.

For the past few years Private Developer Flamingo Land has been attempting to buy the West Riverside site at Balloch, for controversial plans to build a holiday 'resort'

However, it has recently been revealed that the Scottish Government plans to offer Flamingo Land a 125 year lease if proposals receive planning permission.

ALBA party have today backed the “Save Loch Lomond” Campaign Group and have pledged that as part of an independence “Supermajority” in the Scottish Parliament, ALBA MSPs would take Scottish Government agency Scottish Enterprise to task to ensure any plans to sell or lease Loch Lomond are blocked.

Chris McEleny, ALBA’s lead candidate on the West of Scotland Regional list, met today with campaigners to pledge that ALBA “would move mountains” before their MSPs allowed Loch Lomond to be sold off or given away on a centuries long lease to a holiday company.

McEleny was born just over one mile from the proposed development site. Pledging ALBA’s support to the battle to Save Loch Lomond he said:

“ Loch Lomond belongs to Scotland and to the world. It should not, and must not, be sold or leased to any private company which would then reduce access for the people of Scotland.

“ Loch Lomond is a national asset and is famous the world over. People come to visit it for its unparalleled beauty. If the River Clyde was once the industrial heart of Scotland, then Loch Lomond is the lungs of our nation.

“ ALBA stands beside those campaigning to Save Loch Lomond and we will do everything that it takes to ensure it stays in public hands in perpetuity. “