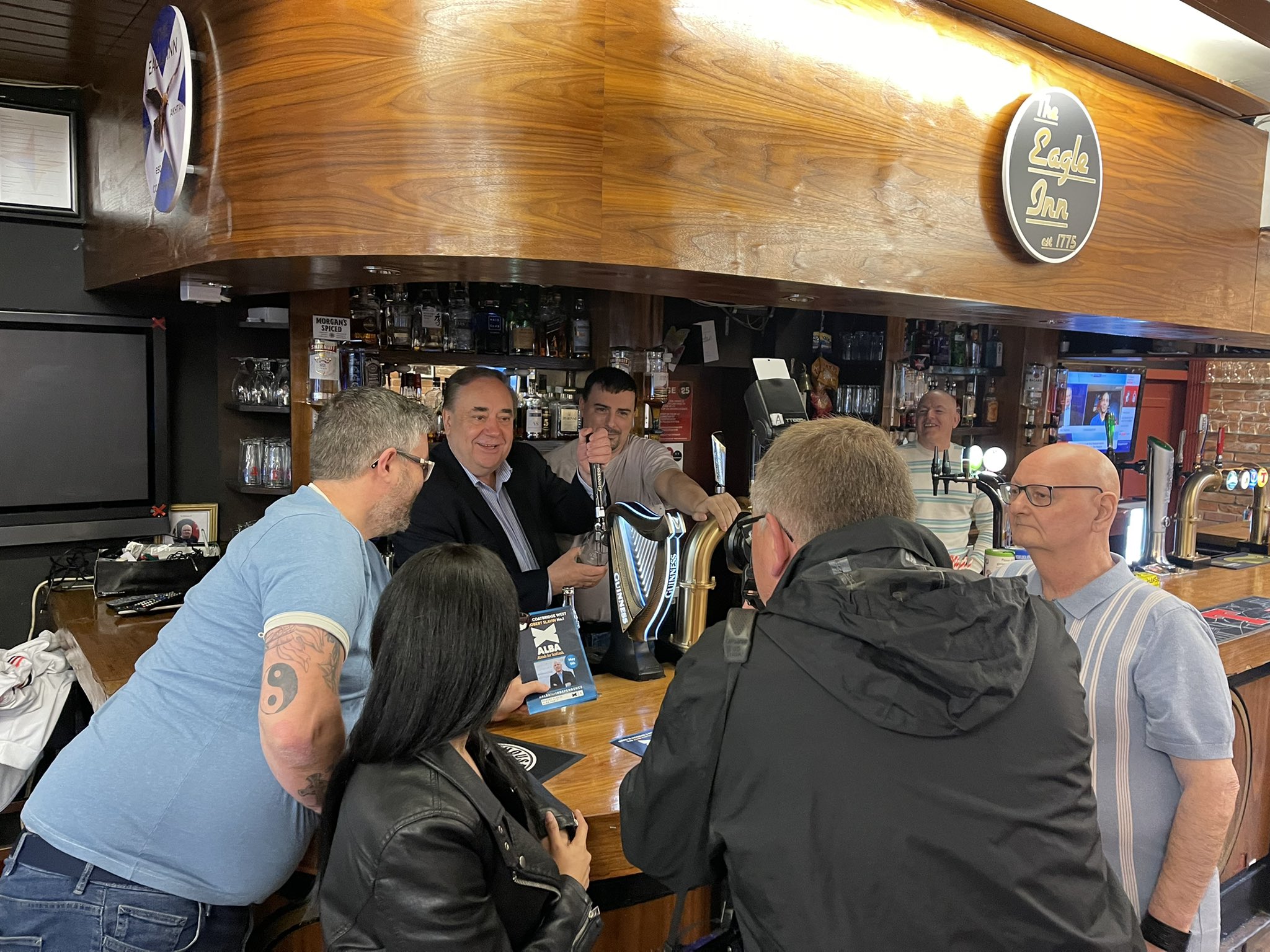 SKY ROCKETING FUEL BILLS THE CENTRAL ISSUE OF THE CAMPAIGN

Former First Minister and ALBA Party Leader Alex Salmond visited the Eagle Inn in Coatbridge yesterday at 11.00 am to meet with the cast of the ALBA Party Election Broadcast – made up entirely of local people.  He then went onto Govan Cross in Glasgow at 1.30 pm where he met with ALBA’s candidate for the Govan Ward Uche Gladys Emordi and women supporters at the Mary Barbour statue before taking part in street campaigning in Albert Drive at 2.30 pm with ALBA’s candidate for Pollokshields Muhammad Shoaib.

Speaking in advance of the visit Alex Salmond said:

“I am delighted to be back in Coatbridge, this time to thank the fantastic cast of ALBA’S Party Election Broadcast  - all of them local people.  Our Broadcast is reality TV with a difference.  Real people voicing their concerns about rising fuel bills and asking why this should be so in our land of energy plenty.  Sky rocketing fuel bills, which threaten to plunge many more thousands of our people into debt and hardship, are now THE issue of the Council Election campaign and a central argument for independence.

“In no other oil producing country would rising oil and gas prices make the people poorer and in no other country self- sufficient in renewables would  electricity prices be dictated by the International price of gas. As our Broadcast makes clear - our energy resources are controlled by international capital  ‘they get the profits, Westminster gets the revenues and Scots pay the bills’.  The answer to this paradox of fuel poor Scots in Energy rich Scotland is Independence.

“ALBA is the only party which sees independence and the peoples’ control of Scotland’s massive energy resources as an urgent priority.  Only Independence can end the scandal of poor fuel Scots in energy rich Scotland.”

You can watch the ALBA Party Election Broadcast in full here: