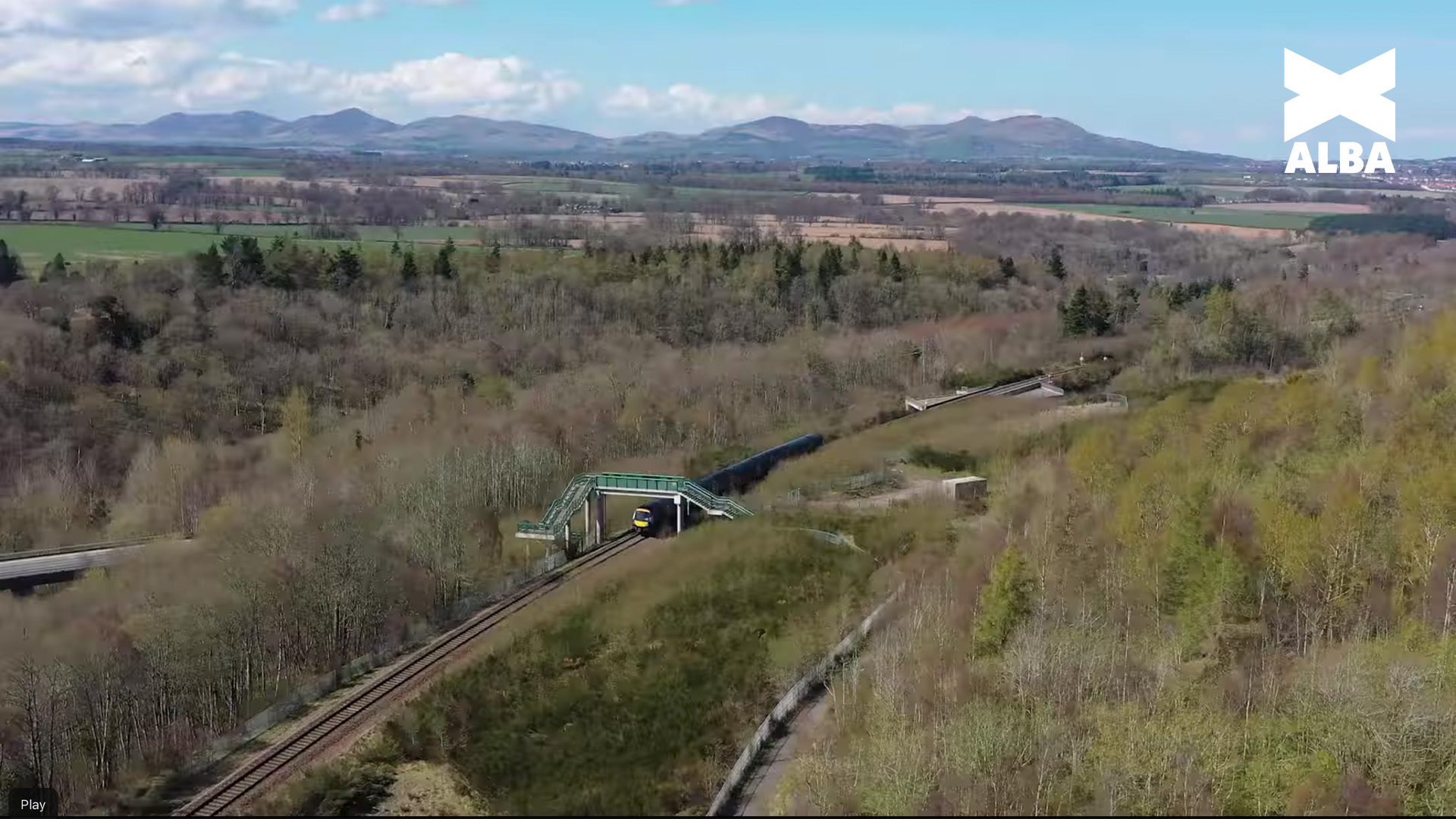 ALBA Party Leader Alex Salmond has called for the Borders Railway to be extended to Carlisle and for the dualling of the A77 from Ayr to Stranraer in order to "turbo boost" economic recovery in the Borders and the South of Scotland.

Mr Salmond was instrumental in the decision to invest in the reopening of the Borders railway and other major transport infrastructure projects such as the Queensferry Crossing, the Airdrie-Bathgate rail line and the Aberdeen Western Peripheral Route (AWPR) when he was First Minister. Speaking at the launch of the ALBA South of Scotland campaign today (Monday) Mr Salmond said:

"I am calling for the Borders Railway to be extended to Carlisle and for the A77 to be dualled as part of a massive programme of capital investment to 'turbo boost' economic recovery in the Borders and the whole of the South of Scotland. By investing in major capital investment projects like these we can bring not only improved transport links but many more jobs, businesses and tourist visitors to the Borders and the South of Scotland.

"As we emerge from Covid it can not be a case of business as usual or of small scale incremental changes. We need to think big if we are to bring about a sustainable economic recovery, breathe new life into our towns and villages and spread the economic benefits out of the central belt. ALBA is offering the most ambitious and radical manifesto of any party in this Election to do just that.

"ALBA will invest through a Scottish National Investment Bank in order to connect the towns and communities of South Scotland through better transport and broadband connectivity. But we will also invest in our communities through a Scottish National Housing Company to build new good quality, energy-efficient homes for young families and we will build a new generation of world-class modern care homes for older citizens.

"While the SNP drags its feet and the Greens are soft on Independence, ALBA is the only party making Independence a priority in this Election. Only Independence will give us the full economic powers and the financial clout to borrow for the long term at low-interest rates.

In conclusion, Mr Salmond explained why a vote for ALBA on the List is essential at this Election:

“An SNP vote on the List is a wasted vote. All the recent polling suggests that the SNP is likely to win more constituency seats in the South of Scotland, at this coming Election, compared with 2016. But for every constituency seat the SNP gain they are likely to lose a regional list MSP back to the pro-Union parties. The only way to stop this is to vote for ALBA on the regional list to guarantee both votes will count towards Independence in South Scotland.” 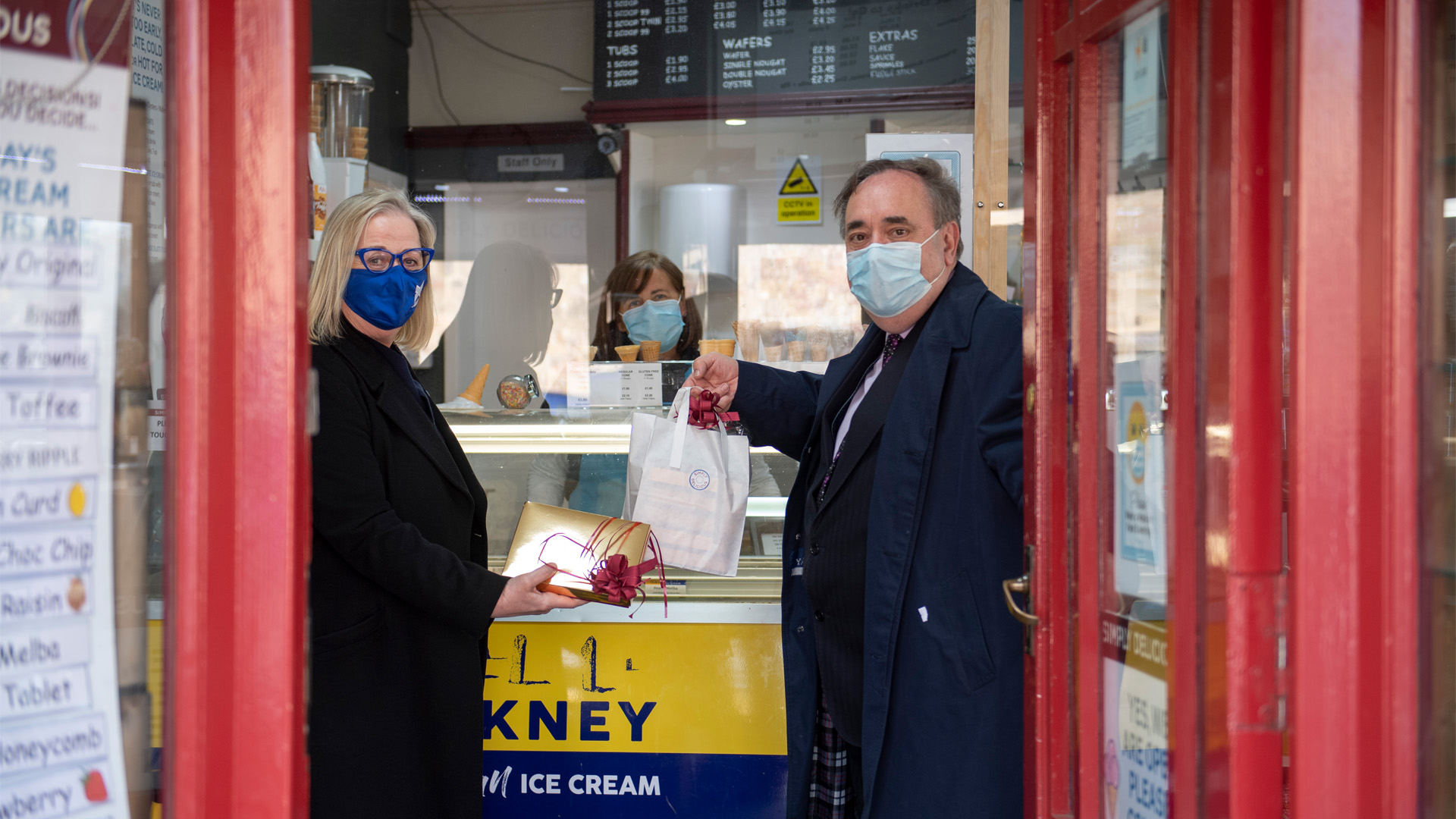 "As the First Minister responsible for the reopening of the Borders railway Alex Salmond has shown how to use the powers of Devolution, to the full extent, to make a difference. Now in order to complete the job and extend the Borders Railway to Carlisle, we need the full powers of Independence. Taking the Edinburgh to Tweedbank line onto Carlisle, including a new station at Hawick, and connecting communities and businesses on both sides of the border makes sense. It will also bring tremendous social, economic and environmental benefits. We also need to build up our local businesses and communities through 'Community Wealth Building' which will allow local economies to retain more of their own spending to support their own business base".

"The people of South Scotland have been the poor relation when it comes to transport infrastructure for too long. That is why I am delighted that ALBA are committing to invest in the dualling of the A77 from Ayr to Stranraer for the communities and businesses that will benefit from these vital and long overdue improved transport connections."

“ALBA are showing in this Election that we have the new ideas and fresh thinking needed to take the South of Scotland forward and to bring jobs, investment and prosperity to the people and the communities across the region. I am delighted to be standing for ALBA and to have this boost to our campaign from having Alex Salmond at our launch today.”