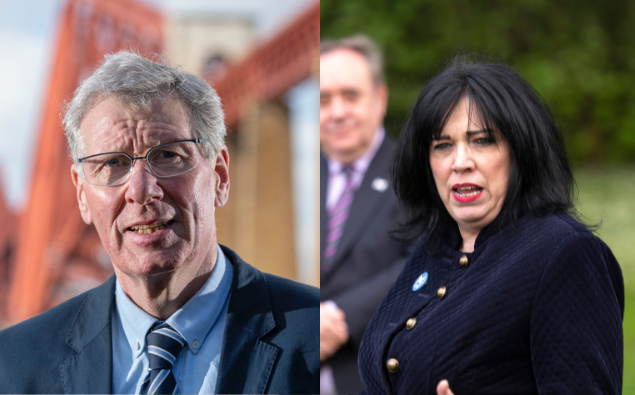 ALBA Party have called on the Scottish Government to rule out prosecutions against Scotland’s most deprived households as a result of the “failed” National Census.

Around 250,000 households have failed to respond to the Government’s Census based on the most recently available figures.

However, new analysis by Alba Party shows that there is a direct link in poor response rates when compared to Scotland’s most deprived Local Authority areas.

However, the Scottish Government in a response issued in a Freedom of information request have failed to rule out pursuing households to enforce the £1000 penalty for failing to return the census. Instead the Government say that this will be a decision for the Procurator Fiscals Office.

The lowest return rate is from Glasgow City Council at 83.2%, the city has the highest levels of deprivation in Scotland. Other low returns have been registered from West Dunbartonshire, Dundee City, North Lanarkshire and Inverclyde, which is home to the single most deprived data zone in Scotland.

Alba say that “to pursue Scotland’s most deprived households for £1000 in the midst of a cost of living crisis would be an all out attack on the most deprived citizens in Scotland”. The pro Independence Party want the Scottish Government to accept ownership for the “failed” census exercise and not leave hard pressed Scots to foot the bill.

Alba Party Depute Leader Kenny MacAskill MP has called on the Scottish Government to rule out prosecutions and “not add to the hardship Scotland’s poorest households are experiencing because of the disastrous response of the Westminster Tory Government to the current cost of living crisis.“

“The last thing any Government should consider during a cost of living crisis is taking more money out of the pockets of some of Scotland’s lowest earning households. Initial analysis of Scotland’s census response rates show there could be a direct relationship between poor response rates and deprivation.

“The census exercise has been a failure, the Scottish Government should accept the responsibility for this and immediately rule out pursuing Scotland’s poorest households for fines of £1000.“

“It’s well known that in areas of deprivation there is more likely to be issues of digital access inequality. The Scottish Government chose to make the Census an online exercise and didn’t make enough effort to increase responses in areas that it was apparent this would be a problem. Instead of prosecuting deprived areas the Government should be addressing the underlying issues behind the poor response rates, not having Scotland’s poorest households foot the bill for their failed Census exercise.“