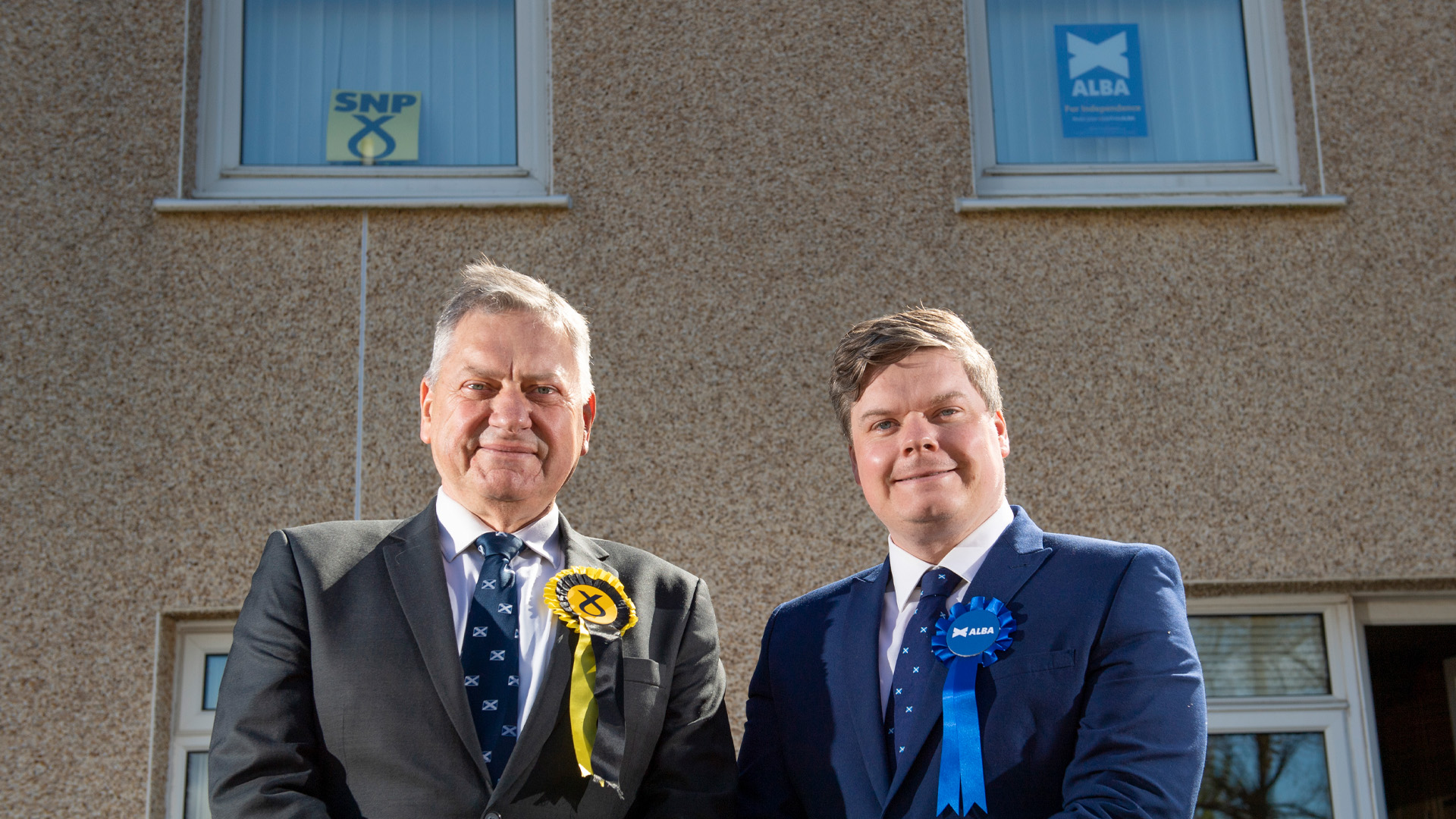 A SENIOR SNP COUNCILLOR and Chairman of his party in a Scottish Council area has given his support to Alex Salmond’s ALBA to support the election of the party’s lead candidate on the West Scotland Regional list - his son.

Politics is a family affair for the McEleny family and the SNP’s Jim McEleny has pledged his support to ALBA to support his son Chris McEleny’s Holyrood bid.

Although McEleny junior followed his father in life in his career as an electrician and in the Trade Union movement, it was McEleny senior that followed his son into politics after being first elected as a Greenock Councillor for the SNP in 2017 and he has served as a Senior member of the SNP opposition in Inverclyde Council since.

Councillor Chris McEleny was first elected in 2012 and rose through the SNP ranks with Nicola Sturgeon saying to the SNP’s conference in 2016 that he “ had a bright future in the party “ after his unsuccessful bid to be Depute Leader of the SNP.

Mceleny (Chris) was the architect of the so called independence “Plan B” which called on the SNP to adopt a much bolder and urgent strategy to advance the cause of Scottish independence. He was the first elected representative of ALBA having left the SNP to join Alex Salmond’s ALBA on its launch day.

Posting today on Facebook Cllr Jim McEleny has backed his sons bid and stated he will be voting “Family First” by giving his list vote to ALBA party to help elect his “inspirational son” to the Scottish Parliament as part of a pro independence “Supermajority”.

“When Christopher left the SNP to stand alongside Alex Salmond and join ALBA to help deliver a Supermajority for independence I was very proud. Over the years I’ve watched on as my son has been an inspirational working class voice for our community. Those that know Christopher know that a lack of principles is not a charge that could ever be labelled against him. You only need to look at how he gave up a career with the MOD, and took them to court to establish that his belief in Scottish independence should be protected from discrimination, to grasp how important achieving our independence is to him.

“Principles are important to me also. There can be no principle more important than a Father supporting his son in life. It has been put to me that by backing our SNP candidate Stuart McMillan in our constituency and ALBA on the Regional List that this could see me censured. The independence movement is a family and I hope to see all the pro independence parties working together next week to confront Boris Johnson, and not each other. Similarly, as a father, the easiest vote I will ever cast is giving my list vote to ALBA on Thursday to help send Christopher to the Scottish Parliament as part of a Supermajority in support of independence. “

“We know that in the West of Scotland SNP list votes are wasted because of the success in the Constituencies - as is the case across Scotland. If independence supporters and SNP voters want to elect a Supermajority in favour of independence they can do so by voting SNP in their constituency and ALBA with their list vote.

“I’ve had two heroes in my life. One is my dad who I am delighted is supporting me as he always has. The other is my party leader Alex Salmond who on Thursday I hope to be elected alongside so that next week we can lay a motion in the Scottish Parliament to instruct the Scottish Government to commence immediate independence negotiations with the UK Government.”