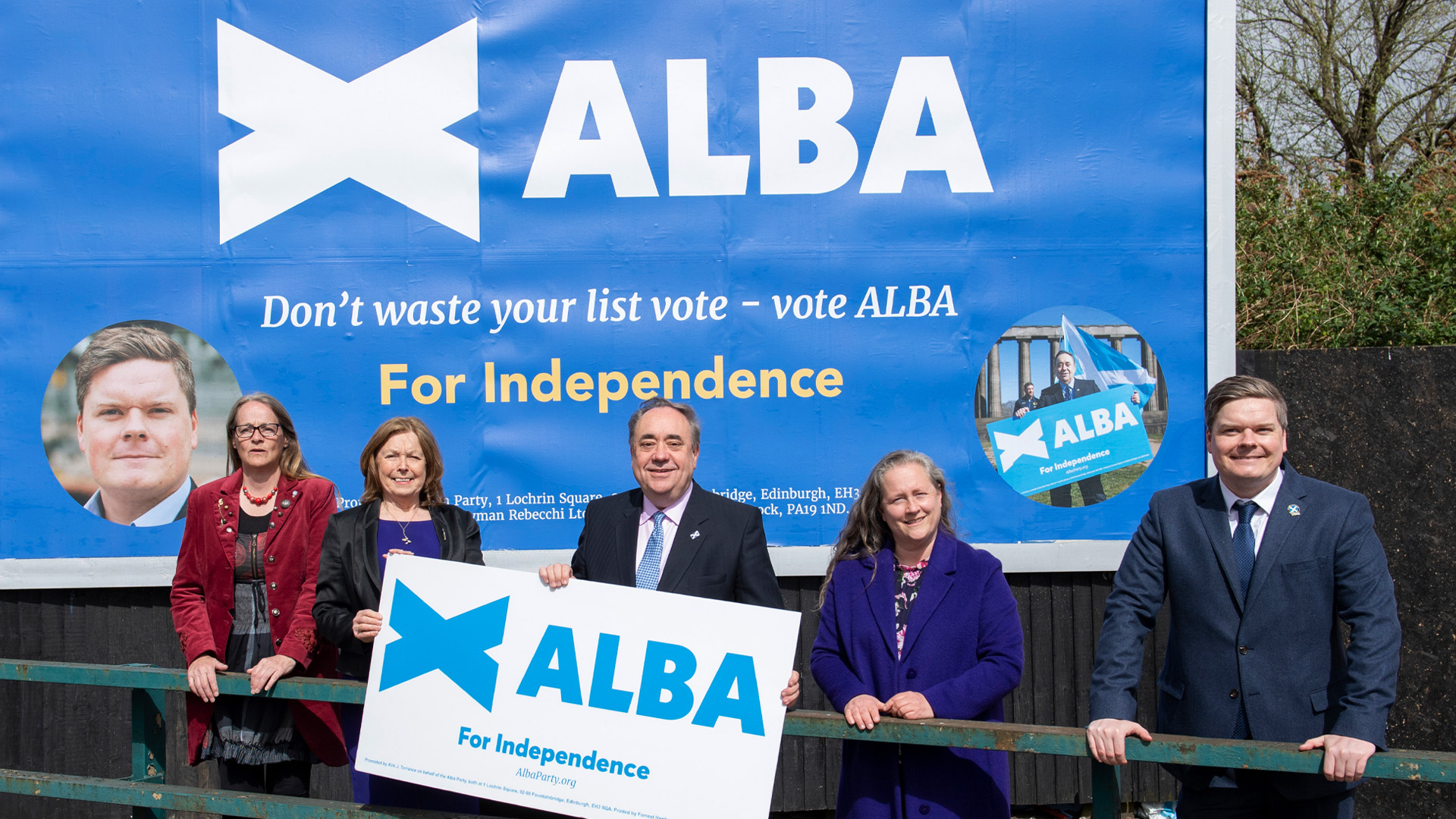 Salmond set out the plan on a campaign trip to the Greenock in the West of Scotland.

Central Greenock was ranked as the most deprived zone in Scotland in the 2020 SIMD (Scottish Index of Multiple Deprivation) update, and it was where Mr Salmond visited today to set out the most “radical and ambitious plan in the election” to reduce poverty.

Salmond today said that the levels of deprivation and poverty in the West of Scotland, and in areas across the country, are a “political scandal and parliament must now take bold and radical action to ensure that such inequality is no longer accepted by politicians in the Scottish Parliament”.

1. Introduce an Annual £500 payment to assist half a million low earnings households in Scotland 🏠

2. Increase the Scottish Child Payment to £40 per week for 400,000 children in quarter of a million households 🧒

3. Extend free school meals to all primary and secondary pupils in Scotland 🍎

5. Introduce universal access to sports facilities for all children and young people under 18 ⚽️

"Covid has shown us, in the starkest way possible, the division in our society between the 'haves' and the 'have nots'. Covid did not create these divisions but it has exacerbated them. As the country recovers from the pandemic it is time for Scotland to think big about the kind of country we want to be. It is time to rebalance our nation's priorities in favour of people who have the least and for those communities who have been left behind for far too long.

"The levels of poverty in Scotland are a political scandal and parliament must now take bold and radical action to ensure that such inequality is no longer accepted by politicians in the Scottish Parliament.

"According to the Joseph Rowntree Foundation, almost one in five households in Scotland is living in poverty. ALBA is launching its immediate five-point plan to reduce poverty in Scotland and is calling for a national effort to completely eradicate child poverty during the term of the next Scottish Parliament.

"These five specific targeted measures represent a step change in addressing poverty and each one will make a real and meaningful difference to the lives of children and families across the country.

"Our £500 annual payment will help to offset the Westminster Government's attacks on the welfare state and will be paid to half a million households in receipt of Council Tax reduction, while our plan to increase the Scottish Child Payment to £40 per week will put money into the pockets of hard pressed families who need it most. Our doubling of the Educational Maintenance Allowance (EMA) every fortnight to 16-19 year olds at school and college will help to close the existing poverty related educational attainment gap and extending free school meals to all primary and secondary school pupils will ease the pressure on family budgets and give our children and young people a healthy nutritious meal every day".

"The measures set out in this 'five point plan' will only be achieved by a Scottish Government with the ambition and the political will to make it happen.

"ALBA is determined to make sure all of our communities receive the investment they need, and that we take the immediate targeted steps now to reduce poverty".

Delia Henry, who was previously the Director for Diabetes UK in Scotland and ALBA candidate in the West of Scotland added:

"Introducing universal free access to sports facilities such as Golf, sports pitches, and swimming pools for all children and young people under 18 will provide a vital boost to their health and well- being. We have learned from the pandemic that obesity has been a key factor in some of the tragic losses we have suffered, as it is for many other conditions. This policy, as part of the five point plan, will get Scotland on course to becoming a healthier nation. “