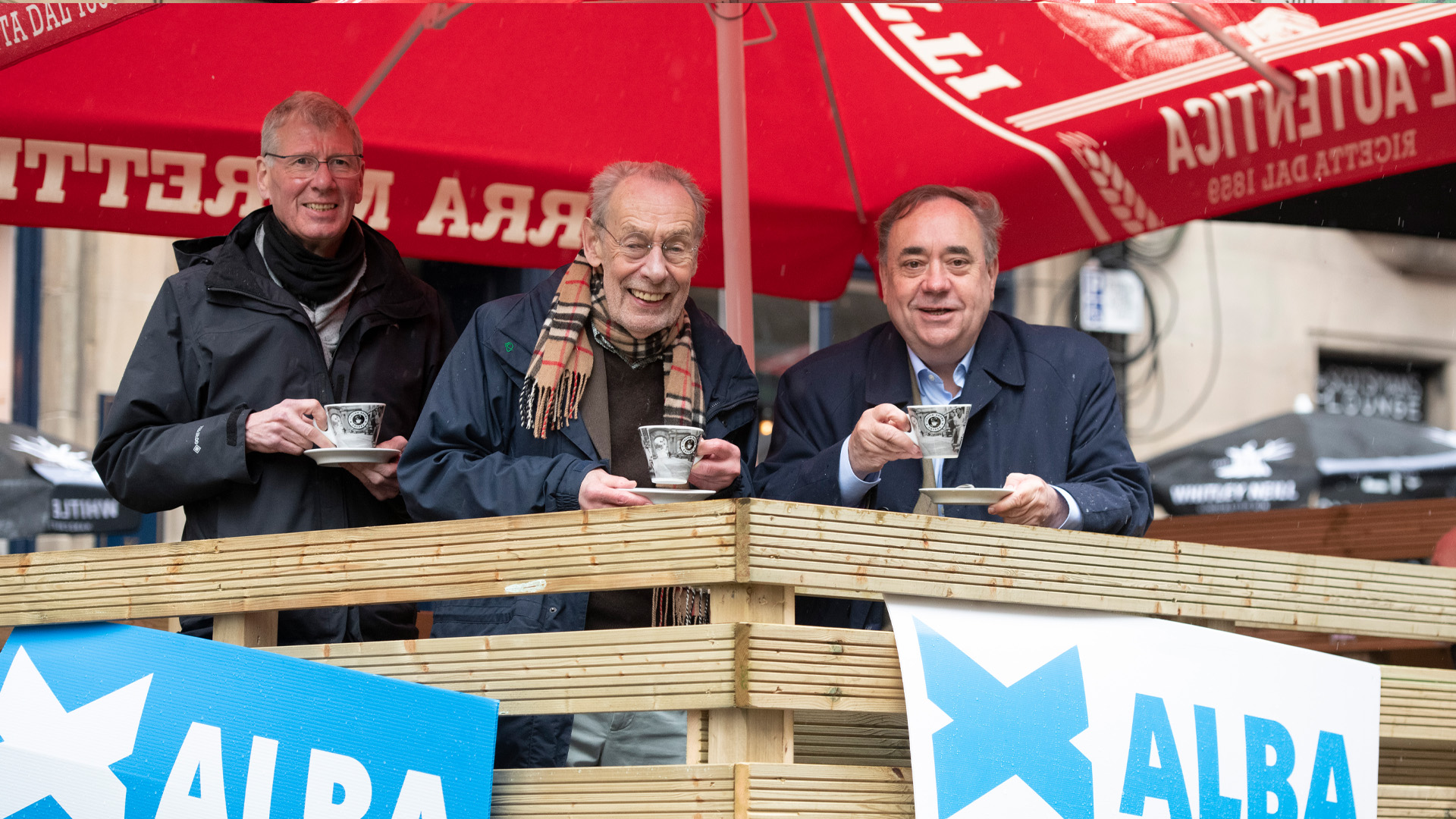 A former Labour government minister who urged the party's voters to back Scottish independence in 2014 has pledged his support to Alex Salmond’s ALBA Party on Thursday.

Leslie Huckfield says it is vital that Scotland becomes independent so that values decided by Scotland's people can help guide the Covid-19 recovery as opposed to Scotland being “handcuffed” to Westminster.

Leslie Huckfield, Nuneaton MP between 1967 and 1983, now lives in Perthshire. He said electing a “Supermajority” for independence in the Scottish Parliament would put “immense pressure” on the Boris Johnson’s UK Government to accept the will of the Scottish people.

Mr Huckfield served in Prime Minister James Callaghan's government. He was under-secretary of state for industry from 1976-79, serving under industry minister Eric Varley, and was Labour's frontbench industry spokesman from 1979-83. He was an MEP between 1984 and 1989.

He was elected at the age of 24 in 1967, but left the Labour Party in protest at the Iraq war and "New Labour's continuing political drift".

He moved to Scotland in 2004 and said it "became apparent that this is a country with a veritable passion for social justice".

Mr Huckfield said he believed that “an independent Scotland is an opportunity not only to free the Scottish people from Tory governments they did not elect but to ensure that social justice is put at the heart of recovery, starting by removing Weapons of Mass Destruction removed from Scotland as speedily as possible.”

“The past few years, particularly the manner in which the UK Government ignored the Scottish Government during Brexit, have reinforced my belief that Scotland must be independent to ensure that we can build a socially just nation that recovers from the Coronavirus to create a fairer country.

“Successive UK Governments have ignored successive mandates of the Scottish Government to hold a second independence referendum. It will be much harder for a Tory UK Prime Minister to ignore a parliament made up of a Supermajority that supports independence. On Thursday I will be giving my list vote to ALBA to bring much needed urgency to the progression of Scotland’s independence."

“ALBA is rising and our message is hitting home to independence supporters across Scotland. On Thursday we have the opportunity to elect a Supermajority majority for independence. If we do so then ALBA MSPs will bring forward a motion to Parliament instructing the Scottish Government to commence immediate independence negotiations with the UK Government. That way we can ensure that Scotland’s recovery is in Scotland’s hands."