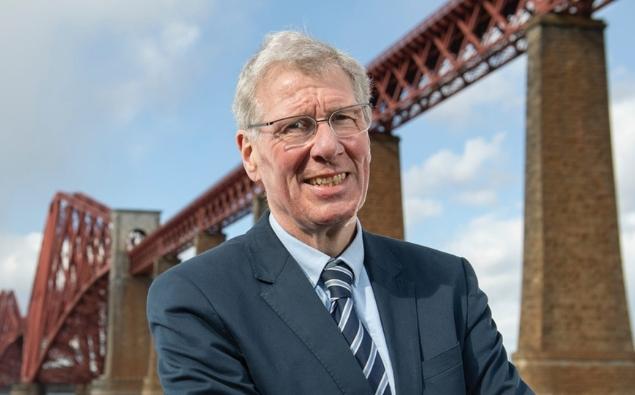 GREEN FREEPORTS NO SUBSTITUTE FOR A SCOTTISH MARITIME STRATEGY

SCOTTISH GOVERNMENT MUST ADDRESS OWNERSHIP AND OPERATION OF SCOTS PORTS

Launching a paper yesterday at Rocksalt Café, 46 Constitution Street, Leith showing how the principal ports on the Forth and Clyde are owned by interests outwith Scotland and where the operators busiest harbours are on the Thames and Mersey, Kenny MacAskill MP and ALBA Party Depute Leader highlighted that the ownership and operation of Scottish harbours and ports is the real issue not a political spat between the SNP and Greens over freeports.  In a statement Mr MacAskill said:

“ Most folk living near the Forth or Clyde will be astounded to know who owns Scotlands principal ports. Most have probably assumed that it was a public operation or local businessmen. It was of course the former prior to the Tories privatisation of the Ports in 1992.

“ Now though, Forth is owned by from across the Atlantic through the Canadian Public Sector Investment Board and Clyde by Peel Ports PLC, based south of the border. How can the interests of Scotlands economy or the coastal communities on the Forth be best looked after by the trustees of a Canadian pension fund or the Clyde by a company with its major interest and assets sited elsewhere?”

“It’s not just ownership that’s an issue but what other ports they operate. How can it be in the best interests of the Forth or Clyde to be run by companies whose biggest ports are on the Thames and Mersey? The strategic interests of the Scottish economy and Scottish communities are losing out to those in competitor estuaries. The challenges are also not restricted to the establishment of direct ferry services to Europe or an increase in cruise liner traffic but include shipyards and renewable energy construction sites where work is badly needed and jobs are at risk.”

Finally, he addressed comments towards the Scottish Government and action that they should take.

“Rather than having an unseemly spat between SNP and Greens on Freeports, the Scottish Government should be addressing the ownership and operation of our principal ports. Ports and harbours are vital parts of our national infrastructure.  The Scottish Government must reject the free-market ethos they have copied from south of the border and take steps to protect Scotland’s national interest through the establishment of a government department and Public Ports Authorities for our key estuaries.”

📝 READ: Forth and Clyde Drowned by the Thames and Mersey

Maritime links are important as shown by the expansion of ferry services from Ireland to the European Continent post Brexit. Yet whilst Ireland has many, Scotland has none. Not only Brexit but rising fuel costs and a shortage of drivers make using ships a solution that must be considered.

Yet the future of maritime links is controlled by corporations that neither reflect Scotland’s needs nor can properly represent Scotland’s interests. Before the privatisation of ports by the Tories in 1992, the main harbours on those Rivers were operated by Forth Ports Authority and Clyde Port Authority which were public agencies.

However, following privatisation ownership has moved from the Forth and Clyde. Now, Scotland’s principal harbours on its two major Firths are being drowned by ownership from the Thames and Mersey.

Who Owns Forth Ports?

Since 2018 Forth Ports have been owned by the Public Sector Investment Board, a Canadian Crown Corporation looking after the pension investments of many Canadian workers.

What Ports do they Operate?

The original Forth Port of Grangemouth, Leith, Rosyth, Methil, and Burntisland, along with the Port of Dundee which the privatised company acquired in 1995. Grangemouth is Scotland’s principal container port.

However, in 1995 they also acquired the Port of Tilbury, which is part of the Port of London and on the Thames. Tilbury’s also a major container port with 34 berths. 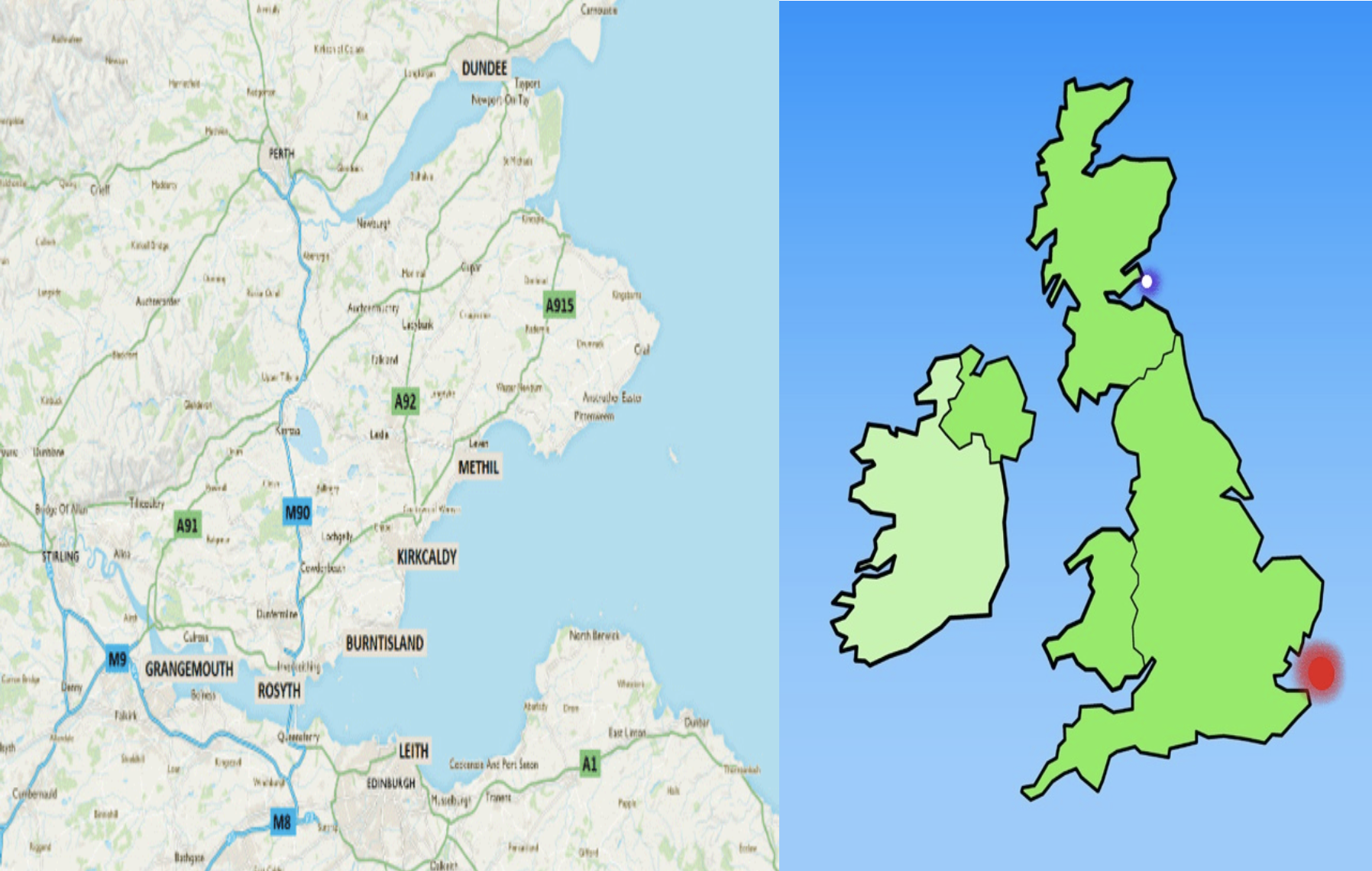 Forth Ports no doubt does a good job for Canadian workers and retirees who benefit from it. But how can they prioritise the interests of Forth Port workers, let alone Scottish social and economic interests?

Tilbury carries more traffic than all the Scottish Ports combined. Even Forth Ports corporate website showed 16 million tonnes of cargo going out of Tilbury and only 9 million from Grangemouth by far the largest port in Scotland.

How can there be an incentive to improve Scottish freight or ferry links, when your largest and most profitable port is on the Thames. Even the cruise liner turn around the hub at Rosyth which is mentioned on the corporate site is dwarfed by the London International Cruise Terminal boasted of at Tilbury. The Forth is being drowned by the Thames.

Since 2003 Clydeport has been owned by Peel Ports PLC who are part of Peel Properties one of the largest property investment companies in the UK and based in Manchester. The majority shareholder in Peel Properties is John Whittaker a billionaire who lives on the Isle of Man. As well as owning harbours they have an extensive property portfolio including John Lennon Airport in Liverpool, and the Manchester Ship Canal. They also own Cammell Laird Shipyard and Tranmere Oil Terminal on the Mersey.

What Ports do they Operate?

They operate the major ports on the River Clyde Glasgow, Greenock and Hunterston, as well as operating Ardrossan. 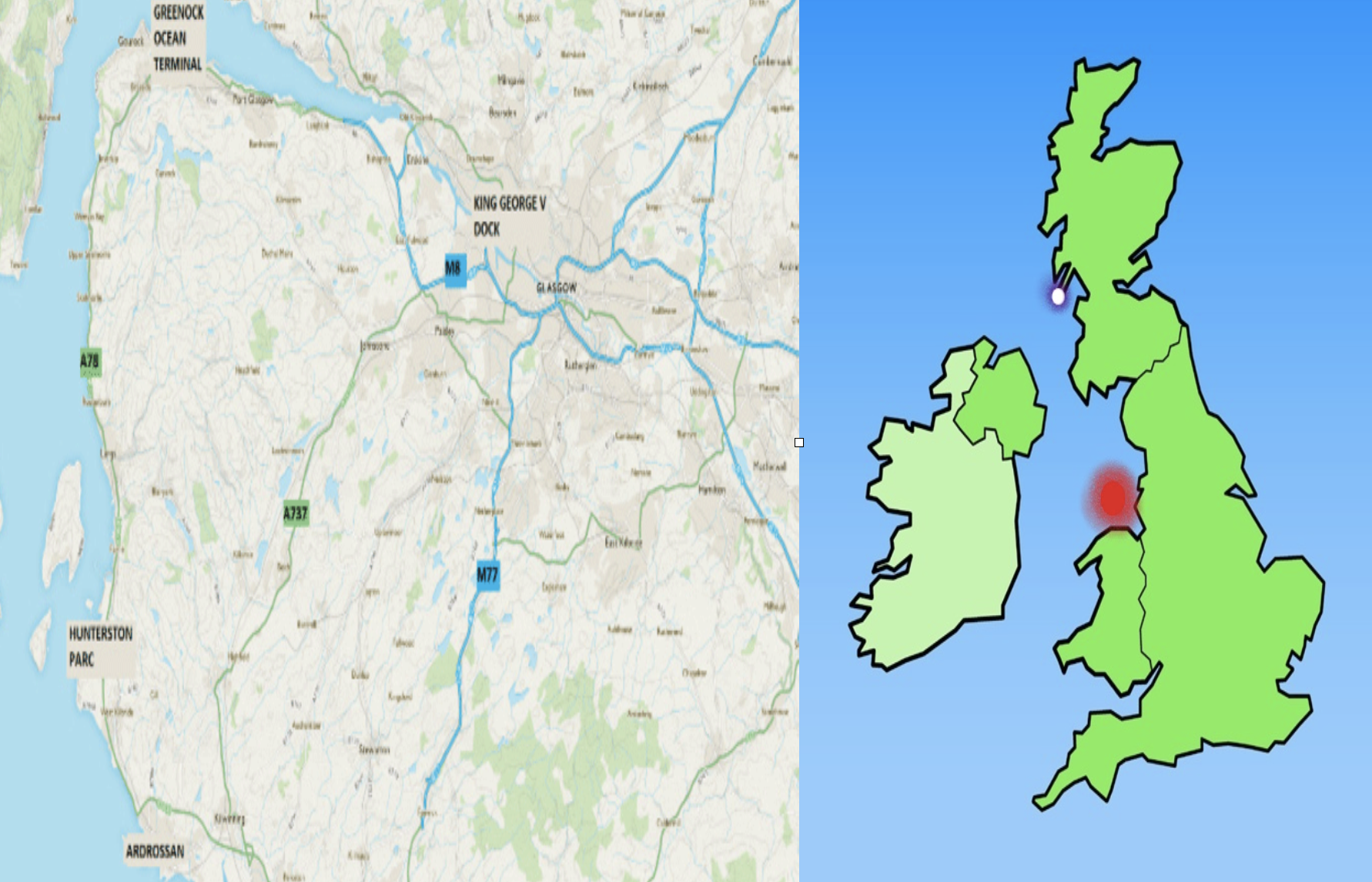 However, they also own Mersey Docks and Harbour Company which operates the Port of Liverpool. Not only that but they also own Heysham, Great Yarmouth and London Medway the latter of which is described by them as their “flagship port”. In terms of tonnage of freight, the Mersey though dominates with 31 million tonnes in and out, with Medway at 9.6 million and the Clyde trailing in at under 7 million tonnes. All according to latest DFT data for 2020.

Given both their own comments and trade data it means the Thames and their investment on the Mersey or linked into that area, swamp the interests of the ports on the River Clyde.

Peel Ports have also recently leased a dry dock in Port Glasgow for a ship breakers yard. But the consequences of that stifle the potential expansion of Fergusons Yard in Port Glasgow. Shipbuilding is higher skilled and higher paid work. That the owners of Clydeport have a vested interest in a shipyard on the Mersey creates a conflict of interest.

All that shows that the interests of the Clyde as with the Forth are controlled by those who own and operate ports elsewhere. The interests of a public sector pension board are to ensure a safe investment and reasonable return for members in Canada. That may well mean prioritising land sales or development, not expansion of ports or improvement of maritime links. Revenue return may also be better by ensuring the expansion of Tilbury not the Forth or the Mersey rather than the Clyde.

Responsibility for ports and harbours has largely been devolved. However, the Scottish Government have followed the UK doctrine of seeing ports as mainly private ventures rather than vital aspects of public infrastructure.

A dedicated section or department is therefore required in government to run, regulate and promote Scotland’s port and maritime interests.
Public Port Authorities should be established to oversee and operate Scotland’s principal estuaries, able to regulate charges and consider wider public not just private monopoly needs.

Consideration should be given to whether there are grounds to seek action by the Competition and Mergers Authority, as well as putting pressure on the owners to ensure that Scottish interests are prioritised not those of competitor ports south of the Border.

If that is not done, and regulation is insufficient then other options, including the creation of alternative Scottish based ports should be considered.