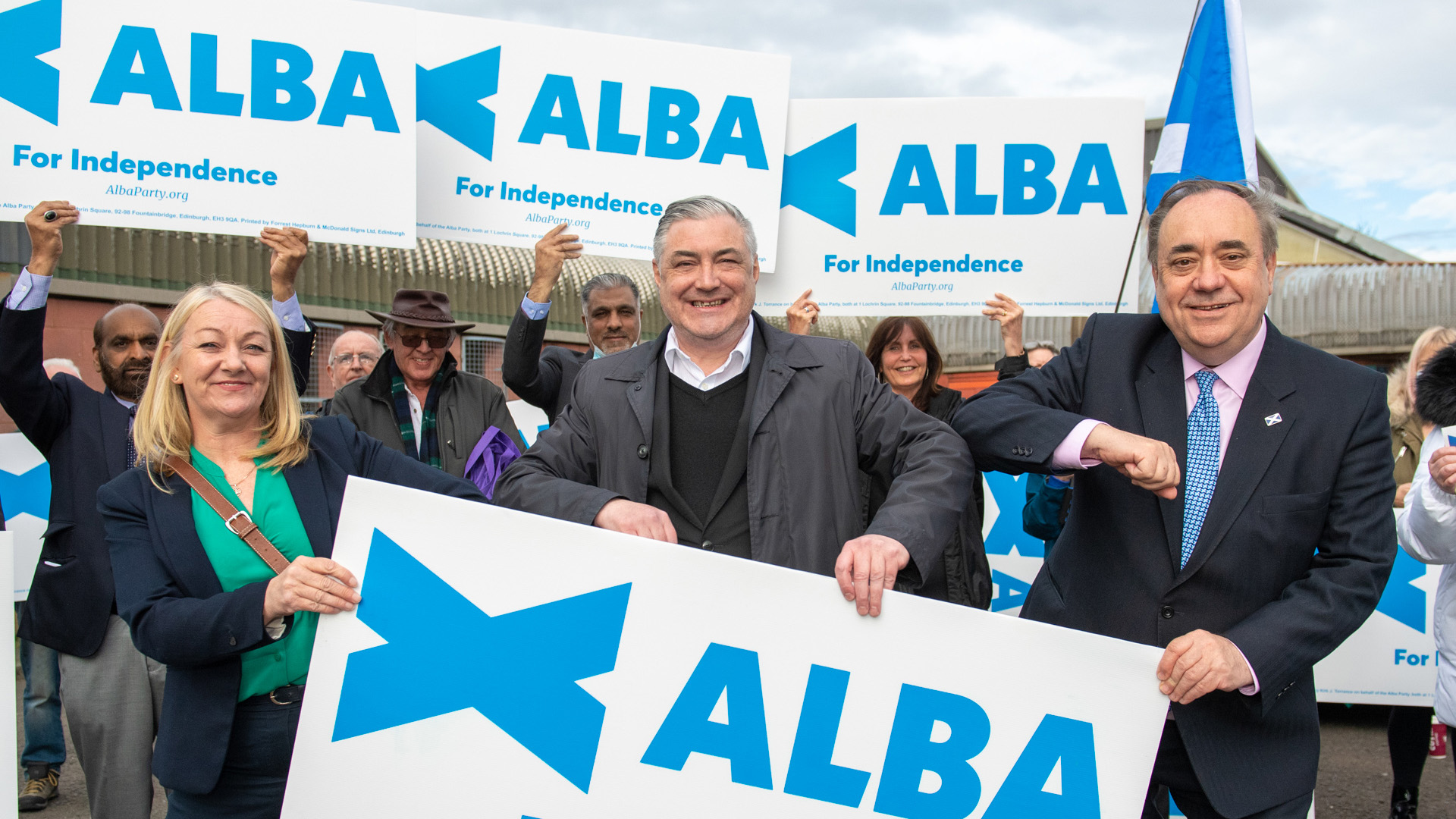 A Senior SNP Councillor in Glasgow has pledged his support to ALBA on the regional list stating that a list vote for the SNP is “wasted” because the party won’t win any regional seats because of their strength in constituencies.

Councillor John Letford’s support for ALBA on the list was welcomed by ALBA Party Leader and Former First Minister Alex Salmond who joined the Glasgow Councillor and other Glasgow candidates in a campaign session in Glasgow this evening.

“Across Scotland nearly one million SNP list votes were wasted last time round. Next week we have the opportunity to elect a Supermajority for independence if independence supporters follow John Letford’s example by putting country before party. By backing the SNP in your Constituency and ALBA on the list, the people of Scotland can help ensure the case for Scottish independence is progressed with urgency."

Letford has served as an SNP representative in Glasgow since he was first elected in 2012 to serve the Maryhill area. He previously had a role at the heart of the SNP administration on Glasgow City Council, serving as business manager to the SNP administration. The Maryhill Councillor says that this election is vital to the future of Scotland and that for him country must come before party as he urged independence supporters to “back their SNP Constituency candidate and give their list vote to ALBA to help elect a Supermajority for independence”.

Commenting on his decision to back ALBA, Glasgow Cllr John Letford said:

“I have left the SNP and joined the Alba Party because I want to work towards achieving Scottish independence. I have been a Councillor in Glasgow for 9 years, was the Council Group Business Manager for 5 years and City Convener for Democratic Renewal for 3 years. I can think of no greater democratic renewal for my country than achieving independence by campaigning with Alba for a super-majority in the Parliament.

"By voting for Alba on the List, pro-independence supporters can send a strong team to begin the process of negotiating our independence. I want to be a part of that and I am delighted to join the Alba family.

"Finally, I would encourage voters in Maryhill to vote for Bob Doris (SNP) in the constituency and our inspirational Alba candidates Michelle, Ailsa, Shahid and Lynn on the List.”

"I am delighted to have the backing of Cllr Letford who has has been a formidable and tireless representative for his ward of Maryhill since 2012. I have no doubt that he will bring that same enthusiasm and commitment to the ALBA party.

"John is highly regarded in his ward and has played a pivotal part in managing the administration in Glasgow City Council. He is right to say that this election is an opportunity to to put country before party and to push Independence to the top of the agenda at Holyrood. Voting SNP in the constituency and Voting ALBA on the list, is the best way to make sure both of your votes for independence are counted.

“I look forward to working with him as part of the ALBA family and pursuing a supermajority for independence in the Scottish Parliament.”