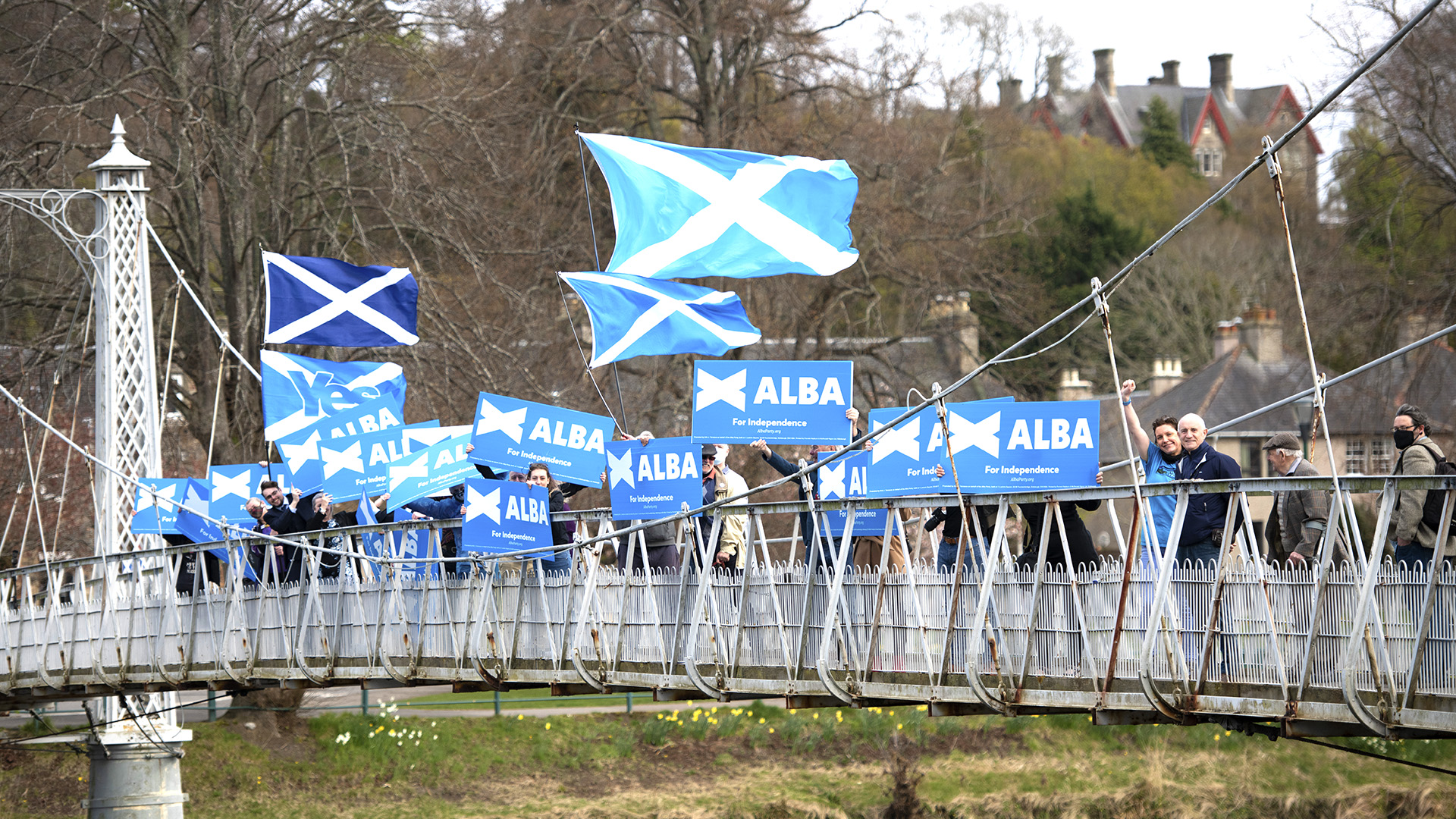 “ALBA has a clear plan for Economic Recovery and will unlock the investment, through a National Investment Bank, to create the jobs, businesses and prosperity our communities deserve.

“We will capture more of Scotland’s economic activity for the benefit of the people by bringing more of our supply chains home - not least in renewables, energy, food and drink and housing construction.

“Central to our ambitions is for the Highlands & Islands to become Scotland’s renewable energy powerhouse. This will be achieved through a new Green Deal and the establishment of a Scottish National Renewable Corporation.

“With the first generation of Scotland’s onshore wind farms coming to the end of their working life we need to seize the opportunity to have these refurbished with many more of the components from which they are built made in Scotland. With more community and public involvement in the next generation, we can get the full benefit of the next wave of renewables.

“A Scottish Renewable Energy Corporation will allow Scotland to fully realise our potential as both a European and World leader in marine renewable energy, bringing electricity generation and jobs to our remote and islands communities. This is particularly so for the wave and tidal power off the coasts of Orkney and Shetland.

“We will also invest in new affordable homes for social rent across the Highlands & Islands through a Scottish National Housing Company bringing jobs, apprenticeships and energy-efficient homes to the people who need them.

“To achieve all of this we need the full powers of Independence and the financial clout which will allow us to borrow and invest for the long term at low-interest rates.

“ALBA is the only party making Independence a priority at this Election to bring about the change that Scotland needs.”

Also speaking in advance of the launch of ALBA Lead Candidate in the Highlands & Islands, Kirk Torrance said:

“For too long the communities of the Highlands and Islands have been left lagging behind the rest of Scotland when it comes to investing in vital infrastructure be it transport links or broadband connectivity.

“ALBA’s Manifesto is brimming with new ideas to bring investment, jobs and affordable homes to the people and communities of the Highlands and Islands.

“We need to attract young people and families back to our communities by making them attractive and affordable places to live and work. Our radical and ambitious plans will allow us to do just that.

“A vote for ALBA is a vote to seize the opportunity of independence; for Scotland to regain the normal rights and responsibilities which every other country in the world enjoys, except us. For me, the Highlands and Islands are central to Scotland's bright future.

“That is why it has to be ALBA for the List vote to deliver the change the Highlands and Islands need.”