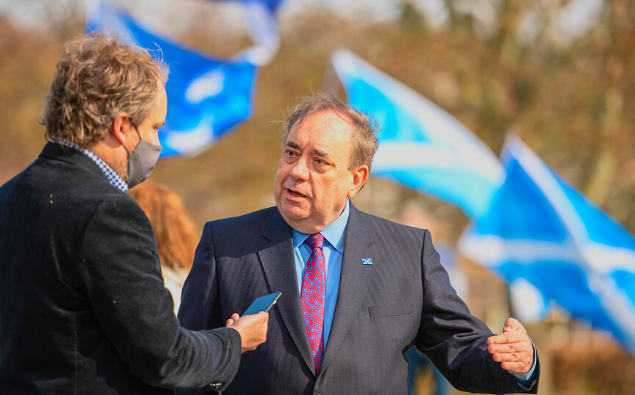 This was said by former First Minister and ALBA Party leader, Alex Salmond, speaking at a Wee ALBA Book meeting yesterday in Glasgow.

“We now have four months of a complete power vacuum at Westminster. What better time could there be to press Scotland’s case for self-determination by popular demonstration in Scotland and parliamentary intervention at Westminster.

“In one of his last acts in power, as opposed to in office, Boris Johnson turned down a section 30 request from Nicola Sturgeon. That was a democratic outrage which cannot be allowed to stand.