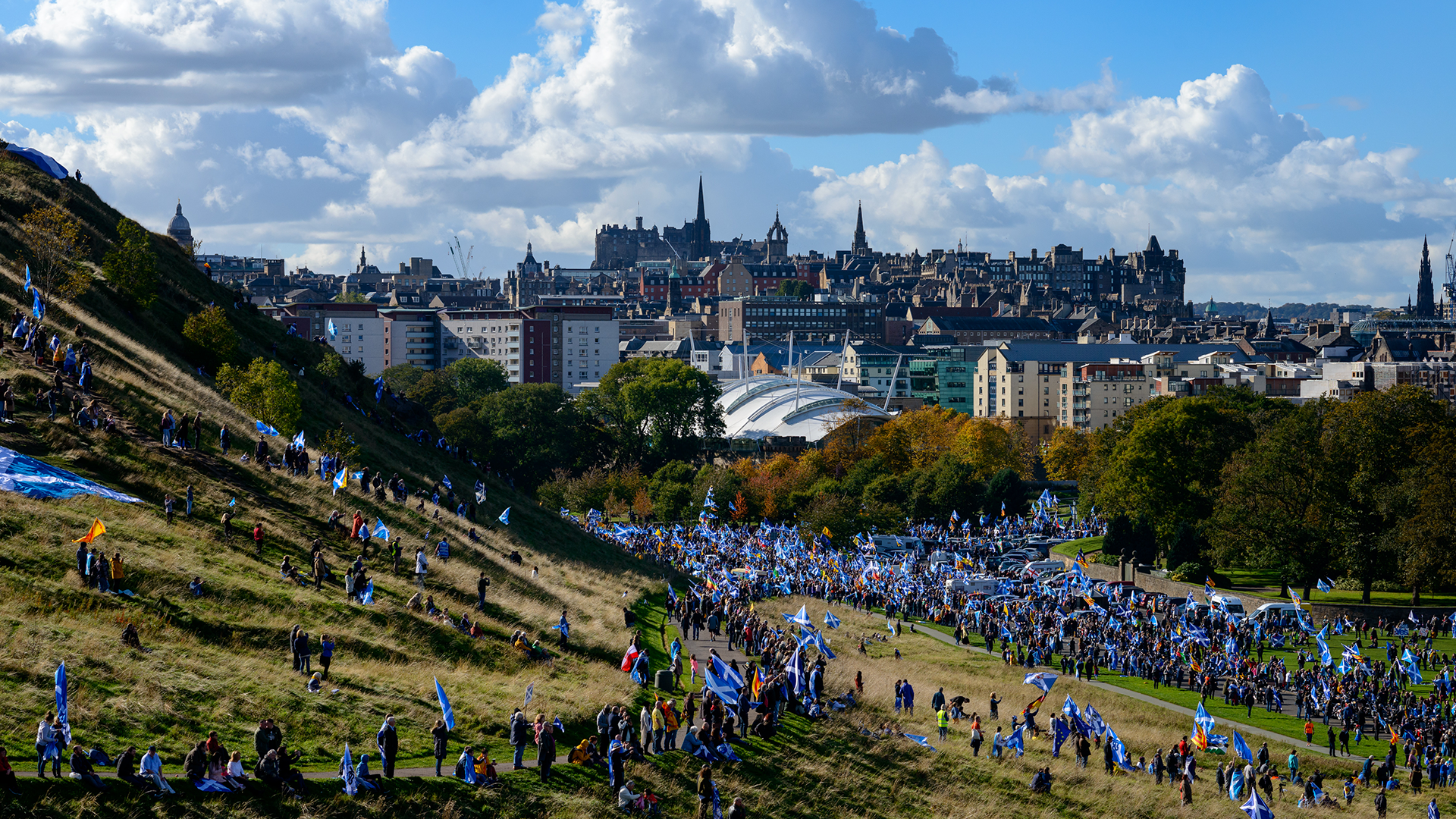 This week put a spring in the step of the independence campaign.

After years of inactivity a route forward was finally announced. Little wonder Scottish nationalists are ringing the bells. We are looking forward to the referendum promised by the First Minister of Scotland on the 19th October next year. Everyone will put their shoulders to the wheel to shove the independence wagon forward but we should be ready for bumps along the road.

Nicola Sturgeon announced three things. She wants Boris Johnson to agree Indyref 2 with her, just as David Cameron agreed Indyref 1 with me some ten years ago.

If not she will pop off to the UK Supreme Court to ask for their permission to conduct our own referendum.

Then if that does not work she intends to turn the next UK election into a “plebiscite poll” on independence.

The first of these initiatives requires the backing of a campaign of real grit to force Johnson’s hand to respect Scotland’s democracy. The second is a Hail Mary option. There is little chance of the UK Supreme Court protecting Scottish sovereignty. The third has possibilities but will require clear thinking if it is to succeed.

It is certain that bungling Boris will snub Sturgeon and refuse to agree a referendum. But why should Scotland take no for an answer? He is the weakest Prime Minister in British history. Over the next few months he will be fully engaged in trying to save his own political skin. Right now on his very doorstep in London striking rail workers are taking common cause with striking barristers as the UK heads into the summer of discontent, as family budgets buckle under soaring prices.

The British establishment is deeply underrating the fury among ordinary Scots that the referendum we voted for democratically last year is being blocked undemocratically this year. In these dramatic circumstances why shouldn’t a determined Scottish campaign of popular demonstration in Scotland, parliamentary intervention at Westminster and diplomatic initiatives bring Downing Street’s “big dog” to heel?

In the 19th century Charles Stewart Parnell used London’s own rule book to bring Westminster to a standstill to force attention on Ireland’s cause. The SNP still has 44 seats. ALBA has two. Perhaps it’s time to play Parnell with Westminster. It might just be the straw that breaks Johnson’s back.

The appeal to the Supreme Court is the most difficult to understand of the First Minister’s manoeuvres. It may have a Scottish President and Deputy but it is now a conservative inclined court which will instinctively side with the UK Government. Last year on the issue of the rights of children they knocked back the Scottish Government on a similar argument with Westminster- and that on legislation which had already been passed unanimously by the Scottish Parliament! But the key argument is one of principle. The custodians of Scottish democracy and the sovereignty of the nation are in the elected Scottish Parliament not appointed judges on a bench in the Middlesex Guildhall, two minutes walk from the Palace of Westminster.

That brings us to the ultimate backstop - the declaration that if there is no referendum in October next year then the next UK election should be turned into a plebiscite on the single issue of Scottish independence. 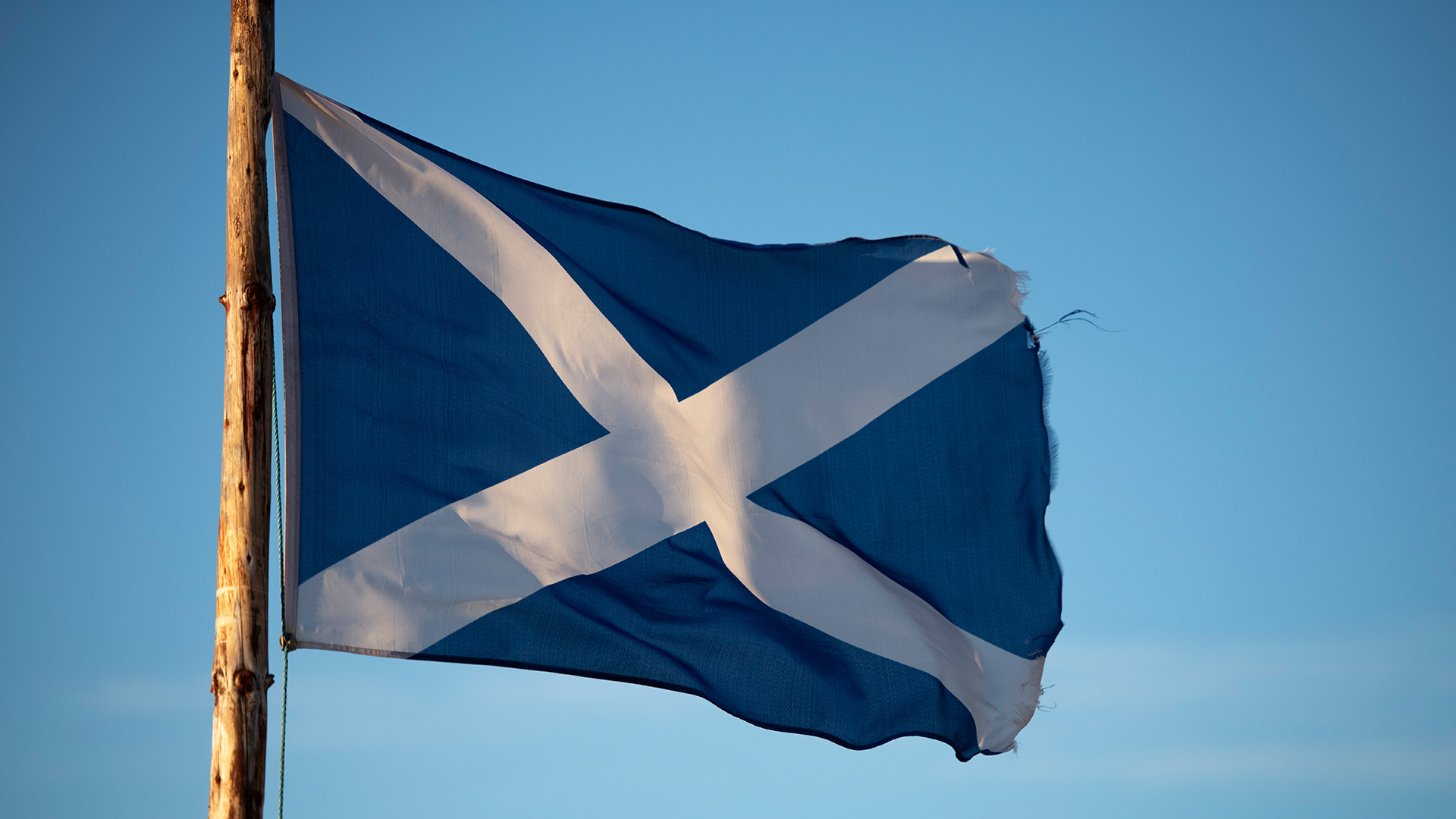 Ignore the bleating from the terrible twins of unionism - Labour and Tory. If all else fails then it is perfectly legitimate to use a democratic election to progress the independence case instead of a referendum which is being blocked and obstructed.

Two-faced Tories whine that you can’t fight an election on a single issue, conveniently forgetting that they won the 2019 election in England on the slogan of “Get Brexit Done”.

However, things are not all plain sailing for the independence cause. Such an election test would exclude 16-17 year olds and European citizens who are allowed to vote on the Scottish election franchise. After some confusion it is now being said by the SNP that the “mandate” in the election will require a majority of votes as well as seats.

That is an extraordinarily high bar to set since no party in Scotland has achieved that since 1955. Even Labour in its best year of 1966 fell a whisker short as did the SNP in the peak year of 2015.

If that was to be achieved it could not be by a single Party - the election would have to be fought by a united movement preferably with a single independence candidate in every seat. A “plebiscite election” would not succeed if it is just party political business as usual on the Yes side.

Obviously the vast majority of such candidates would be sitting SNP and ALBA MPs but it would be wise to bring the Green Party on board as well as key independence campaigners out-with party politics aiming to unseat the remaining unionist MPs.

And what then? Such a ballot would electrify international opinion but there are forces at Westminster who would die in the last ditch to stop Scottish independence just as they have refused to concede an independence referendum. The Indy MPs elected in such a vote would require not just to stand on the independence ticket but to pledge to take the political action required to bring it into being.

Their job would not be, as is happening now, to settle down in London but instead to settle up for Scotland.

First Published in the Sunday Mail

Kenny MacAskill MP: Why we spoke out