And I predict the same result - a comprehensive defeat for the Government and the establishment. 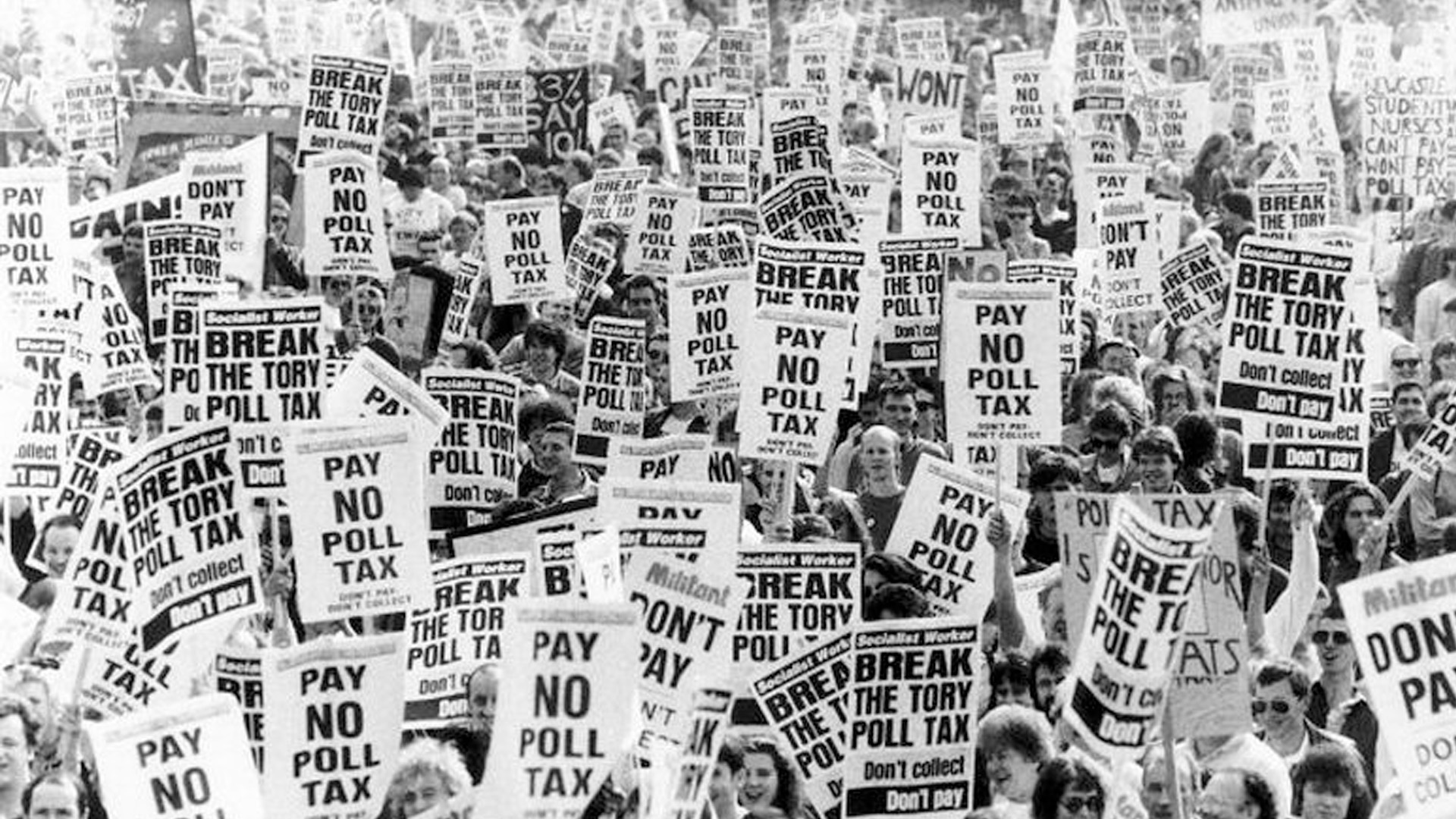 The similarities are uncanny. People are both being threatened with impoverishment and destitution and there is an underlying sense of injustice. Public facilities and small business are facing bills they simply cannot pay.

In the case of the Poll Tax the injustice was the fact that the rich man in his castle was to pay the same as the single parent in a two bedroom Council flat. In the case of the current electricity price hikes they are taking place against the back ground of grotesque enrichment of the energy producers, whose windfall profits are now running to countless billions.

In both cases the Westminster Tory Government was seen to be totally out of touch. By 1990 Margaret Thatcher was in her political dotage and pursuing the Poll Tax with an obsessive ideological determination. She thought she could break the resistance as she had broken the miners. In the end the poll tax resistance broke her.

Now demob happy Boris Johnson is off on an extended honeymoon. Rich boy Sunak is planning his own personal swimming pool in his multi-million Richmond mansion while the local public swimming baths are being crippled with a £315,000 energy bill. Meanwhile the Tory front-runner Liz Truss is so distant from living reality that she thinks this is the moment to introduce corporate tax cuts for big business when they are absolutely coining it in. All are being exposed as completely clueless in any serious plans to meet the scale of the cost of living crisis.

In both bases there is a key Scottish dimension. In the case of the Poll Tax, Scotland was the testing ground with the tax introduced one year before England. As a result it was here where the resistance started, led by the now ALBA colleagues Kenny MacAskill and Tommy Sheridan. Nowadays Scotland, as an energy rich country already self sufficient in renewables, is facing the bulk of our people being plunged into fuel poverty. The price of wind has not trebled in a year so why should Scotland’s electricity bills? There has never been an issue which better demonstrates the economic case for independence.

D Day for energy bills is Friday 26th August and now looming fast. The very latest forecast is that on that doom laden day there will be announced a further rise of an eye- watering 80 per cent plus in bills for October because of the continuing surge in international gas prices. This is on top of the 52 per cent last Spring and would take the average annual household bill to a monster £3,582 on the way to topping £4,000 by the New Year. Working class families, already careful and frugal to keep bills below a thousand a year, will soon face demands of three and four times that, with folk on the pre-payment scam the worst hit of all.

This is due to the insanity of the energy regulator, Ofgem, pricing electricity on the international gas price despite the fact that a majority of electricity generation is from other sources even across the UK and the energy companies are simply creaming off the profits. In Scotland there is only one solitary gas station at Peterhead which provides back-up power for the grid and, in any case, we produce four times the gas we consume.

The established opposition seems weak and insipid. Labour leader Starmer won’t even join a picket line. He is hardly likely to lead a energy bill protest. His belated call, about to be announced, to scrap the price hike only serves to consolidate the impression of a comatose politician who follows rather than leads public opinion.

Meanwhile, Nicola Strugeon asks the self same people already pledged to “ignore” her to a four-country round table chat! The oppositions’ lack of grit and grip will force the real protest on-line and onto the streets. It is the stuff of which revolutions are made.

Thus little wonder action groups like “Don’t Pay UK” and the Union backed “Enough is Enough” are gaining ground. The most likely course of events is as follows. Ofgem will announce their latest highway robbery in two weeks. It will be greeted by absolute fury, a burgeoning internet non-payment campaign and street demonstrations.

The new Tory leader will be selected in September. Within days the Government will back down totally and the increase will be suspended. Because there is one last similarity between the poll tax threat then and the energy price hikes now - the Tory instinct for political self-preservation.

First published in the Sunday Mail on 14th August