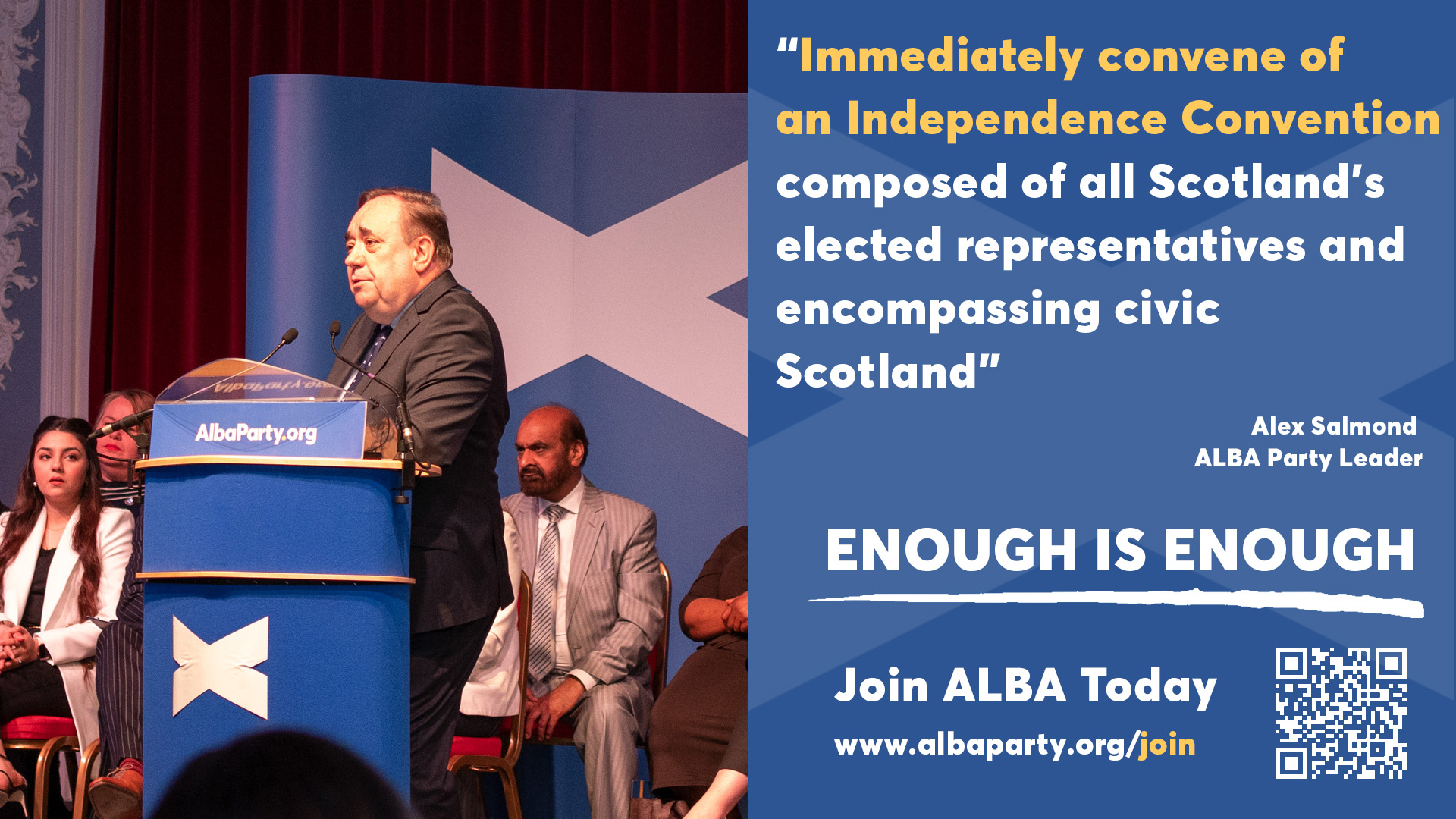 “Going to the London Supreme Court was a dead-end alley which has the potential to put back the cause of independence for decades. Going cap in hand to London was never a sensible tactic and the response was even more extreme than expected. The Court even presumed to challenge Scotland’s right as a nation to self-determination.
“It will now require determined action and clear strategy to turn this arrogant rebuff to Scotland’s advantage. That action should be born in Scotland to take Scotland’s future back into Scotland’s hands.
“Firstly, the immediate convening of an Independence Convention composed of all Scotland’s elected representatives and encompassing civic Scotland. Its first job will be a declaration reaffirming Scotland’s right as a nation to self-determination - a Declaration For Scotland to fling in the face of the UK Supreme Court and the UK Government and to galvanise international opinion.
“Secondly, today’s demonstrations around Scotland should be carried forward on a regular basis. Popular agitation and peaceful protest is a legitimate and essential part of the independence campaign and should be embraced as such.
“Thirdly, the Convention should consider a referendum legislated for by the Scottish Parliament which would be within competence, for example one proposing to vary the powers of the Parliament to include an independence referendum. The people should have the chance to express their view on Scotland’s rights as a nation.
“Fourthly, any recourse to a plebiscite poll, either at Westminster or Holyrood, should be fought as Scotland United for Independence, not in a normal party political way. That is the only way to keep the campaign issue on independence not on the track record of a single political party.”
Scotland right now needs a combination of brave hearts on the streets but clear heads in planning the way forward. Today the independence movement has been brought to the edge of a precipice. It now needs clear strategic thinking to turn this London roadblock into a Scottish opportunity.”