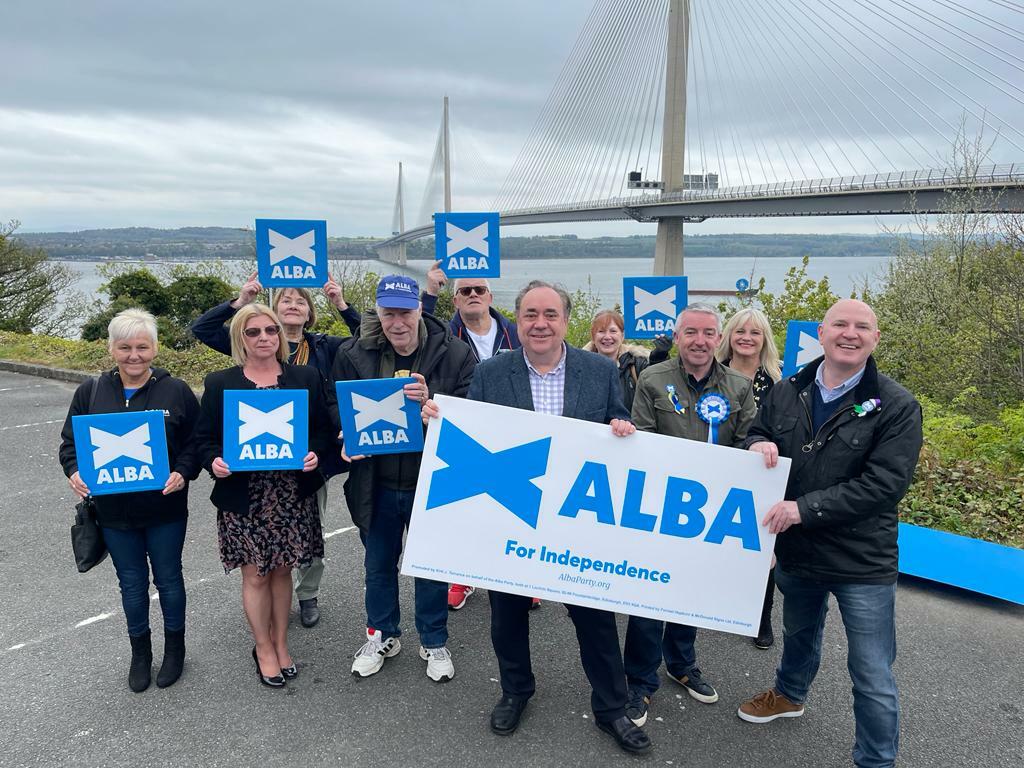 Former First Minister and ALBA Party Leader Alex Salmond was in ROSYTH yesterday to back the re-opening of direct ferry links between Rosyth and Europe. He was at the Doubletree Hotel, Rosyth which overlooks the dock areas where he met with Neale Hanvey ALBA MP for Kirkcaldy and Cowdenbeath and Stephen Lynas, ALBA candidate for the Rosyth ward on Fife Council.

“Rosyth can be the gateway to Europe and provide a two way route for the trade and tourism on which Scotland’s economic prosperity depends.  Instead  of goods facing delays and backlogs at English ports they could be transported direct from Rosyth with real economic and environmental benefits.

“Brexit and the rising cost of fuel make direct ferry links more attractive than ever. Independent Ireland is seizing the opportunities by increasing its direct ferry links to Europe in recent years.  Scotland can and must do the same.”

“A Vote for ALBA will deliver real action for the people of Fife such as working to re-establish a direct ferry link between Rosyth and ports in mainland Europe such as Zeebrugge and Rotterdam.  ALBA is making  the economic case for direct passenger and freight services between Rosyth and Europe to boost jobs and exports, as well as the environmental case for reducing our carbon emissions which a new service would bring.”

“Rosyth is crying out for the investment which a direct ferry service to Europe would bring.  That is why, if elected, ALBA councillors on Fife Council will push for a feasibility study into re-establishing the service to bring much needed jobs to Rosyth.”