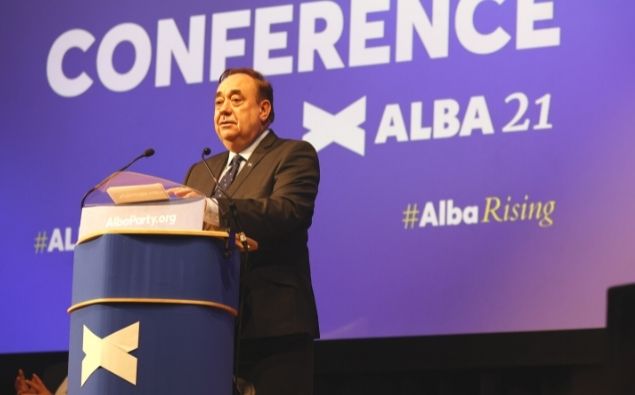 “If it was possible for the Scottish Government which I led, to secure a good settlement for Local Government, in the midst of a global financial crisis, to fully fund a freeze in Council Tax, I can see no reason why the current Government cannot do likewise.”

The Former First Minister says that the policy is essential, in order that the Scottish Government don’t add to the cost of living crisis that has been created by the UK Government.

Salmond’s Scottish Government froze the Council Tax between 2008 and 2014, with the SNP continuing his policy until it decided to scrap it in the draft budget set for this year.

However, in a letter to the Cabinet Secretary for Finance and Economy, Kate Forbes, Salmond urges the Scottish Government to “mainstream” or “baseline” the extra funding that ALBA had called for to Local Government so that Councils across Scotland don’t inflict inflation-busting Council Tax increases on hard-pressed families this Spring.

The Former First Minister states to Ms Forbes in his letter that “ If it was possible for the Scottish Government I led to secure a good settlement for Local Government, in the midst of a global financial crisis, that fully funded a freeze in Council Tax, I can see no reason why the current Government cannot do likewise.”

Salmond’s ALBA Party have been campaigning for a Scotland-wide Council Tax freeze to help mitigate the cost of living crisis. Many credit the policy as one of the key drivers of public confidence in Salmond’s SNP Government that resulted in the historic SNP majority in 2011, which led to the 2014 independence referendum.

The ALBA Party Leader also highlights action his Government previously undertook in the 2008 global financial crisis in a challenge to the SNP to do similar, to help mitigate the current cost of living crisis. He added;

“Inaction by the UK Government will be compounded in April by their decision to increase National Insurance contributions, an act that will take even more money out of the pockets of hard pressed families at a time that they need it most.

“Without the Full Fiscal Powers of Independence, the Scottish Government is limited in the scale of response that it can exert to solve this crisis.

“However, in the aftermath of the 2008 financial crisis, I led a Government that faced a similar challenge. When Scottish households were facing the prospect of being forced into poverty, my Government acted to protect their income.

“Through the historic concordat achieved between the Scottish Government and COSLA, a new relationship based on mutual respect and partnership was created. Sadly, in recent years, it appears that the principles which underpinned that partnership have been eroded, along with the benefits to Local Government Service Users that the funding levels helped secure.”

Mr Salmond concludes his request to the Scottish Government, by urging Forbes to baseline the additional funding to local government in order that a nationwide freeze on Council Tax can be secured;

“In order that the Scottish Government do not add to the financial hardship many are facing, I urge you to improve the offer that has been set out, by fully funding a Council Tax Freeze and mainstreaming or baselining this funding, in order that Local Authorities can have confidence and stability in their finances going forward to protect essential local services.”

A). Letter from Alex Salmond to Kate Forbes below

B). Mr Salmond’s letter has been circulated to all of Scotland’s Council Leaders and Local Government body COSLA 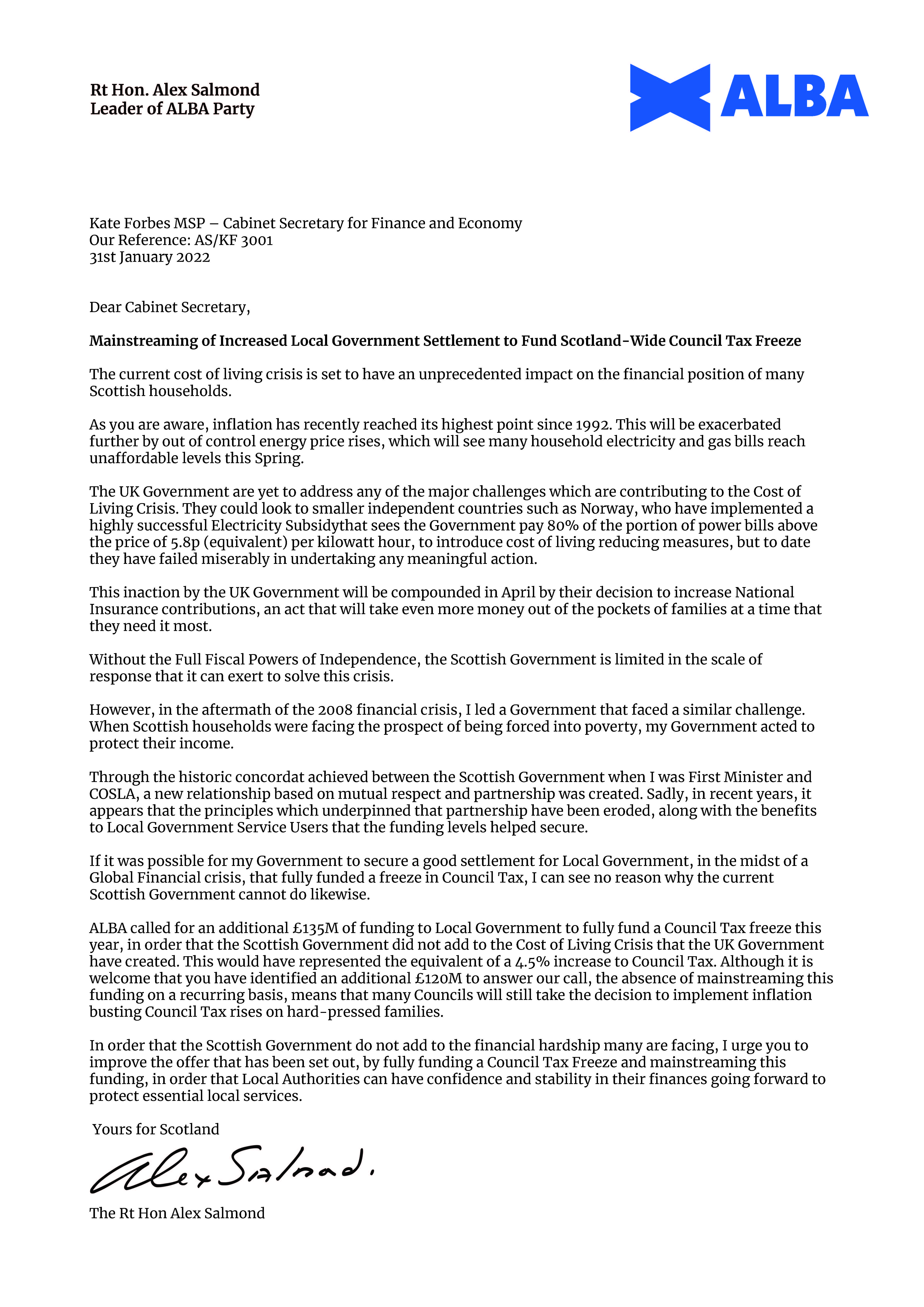