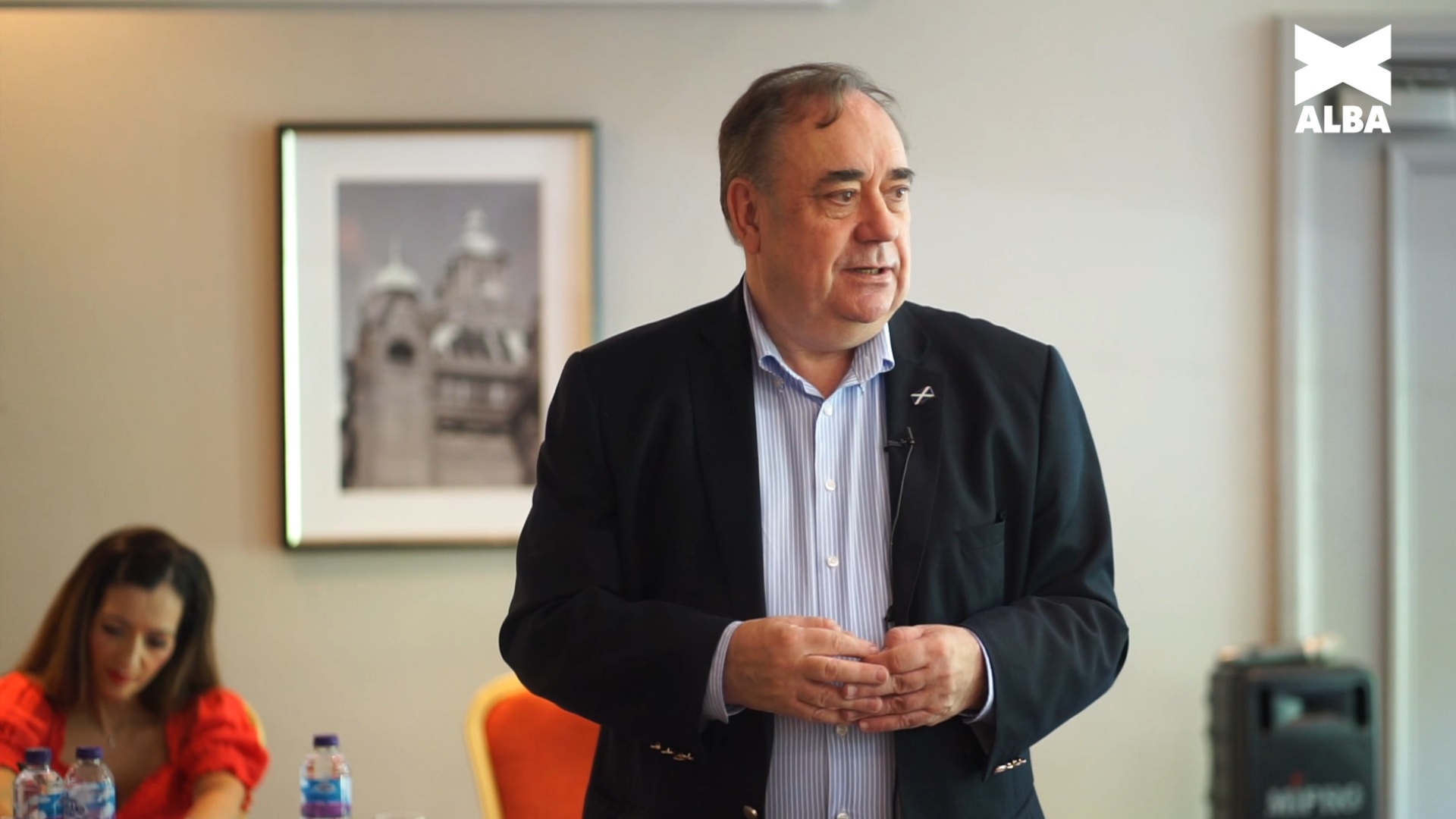 Former Scottish First Minister Alex Salmond has backed today’s House of Commons protest of ALBA MPs, Kenny MacAskill and Neale Hanvey, over the refusal of the Prime Minister to agree an independence referendum.

For as long as this veto remains in place Johnson and his Tory successor require to be faced by both parliamentary interventions at Westminster and popular demonstration in Scotland.

All Independence supporting MPs should be prepared to stand with Neale Hanvey and Kenny MacAskill and indeed be prepared to play Parnell with Westminster until such time as Scotland’s national rights are respected.”

You can watch the moment Neale Hanvey MP and Kenny MacAskill MP were thrown out of Westminster here.