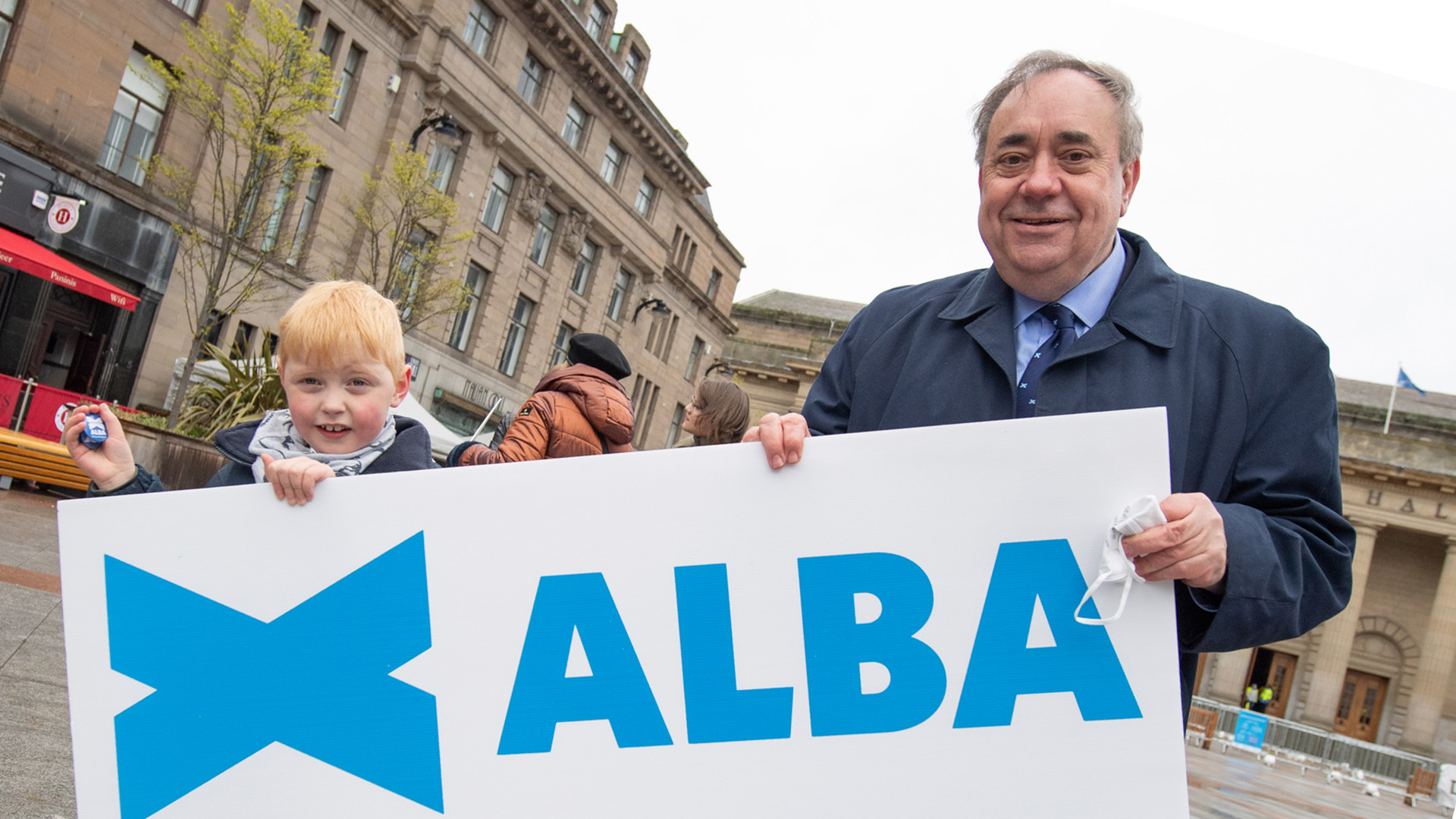 ALBA Party Leader and Former First Minister Alex Salmond has today (Tuesday) vowed that "no child will be left behind" as he set out plans to prioritise the eradication of child poverty within the term of the next Scottish Parliament.

Mr Salmond says ALBA will increase the Scottish Child Payment to £40 a week as recommended by both the Joseph Rowntree Foundation and the Think Tank IPPR Scotland to ensure that Scotland meets its child poverty reduction target.

An analysis by the Joseph Rowntree Foundation previously found that Scotland was on course to miss its interim child poverty target by four per cent, leaving 40,000 children trapped in poverty as a result. It said that unless the payments were uplifted by £30 a week for each child - at a cost of around £380 million a year - the introduction of the Scottish Child Payment was still not enough to help meet that target.

“ The Scottish Parliament under successive SNP Governments has made much progress for the people of Scotland. There are immediate interventions that can be made utilising the parliaments existing resources. Doubling the Scottish Child Payment is one of these, but we must go further and listen to organisations like the Joseph Rowntree Foundation when they tell us that doubling it doesn’t go far enough. Children will be trapped in poverty, that is simply unacceptable and we must be much bolder.

“ ALBA want to increase the Scottish Child Payment to £40 to radically reduce Child Poverty in Scotland and to aid the ultimate goal of its eradication. This uplift would be a "step change" in reducing poverty in Scotland.

"However, Scotland can’t wait years to have all the fiscal recovery powers we need, and we certainly can’t afford to leave Boris Johnson in charge of how we should reduce poverty and recover from the Coronavirus.

“ With the powers of independence we would not be hostage to a UK Government decision to cut universal credit for nearly 500,000 people in Scotland, but right now we can use the powers our Scottish Parliament does have to raise the Scottish Child payment to £40 so that the fortune of Scotland’s children isn’t left in the hands of Westminster.

“It is clear that political parties see reducing child poverty as a priority therefore the existing resources of the Scottish Parliament should be used to immediately double the Scottish Child Payment but we must go further and completely eradicate child poverty within the course of the new parliament. That will require the financial levers of recovery to be immediately devolved to the Scottish Parliament so that Scotland’s recovery is in Scotland’s hands.”

1. In its annual state of the nation report, Poverty in Scotland 2020, the Joseph Rowntree Foundation (JRF) analysis shows Scotland is not on course to meet its interim child poverty targets within three years. Currently, 230,000 children are growing up in poverty (24%) – an increase on 5 years earlier – while the target is to reduce this number by a quarter to 18% by March 2024.

2. JRF projects that without further action, Scotland will miss our interim target by around 4% - locking 40,000 children in poverty.

3. JRF projects that if the temporary £20 uplift to Universal Credit is removed – 10,000 more children will be left in poverty – leaving Scotland 6% short of our target to reduce child poverty.

4. If the Scottish Child Payment was increased to £30, and the UK Government does keep the temporary Universal Credit uplift in place , Scotland would meet the interim target child poverty reduction target at the cost of around £380 million a year.

5. If the £20 Universal uplift is cut by the UK Government, to meet the interim target the Child Payment would need to rise to £40, costing £520 million

7. The £10-a-week Scottish Child Payment (SCP) will rise to £20 in what the SNP hailed as a “major expansion” of the initiative. However, it remains doubtful whether the doubling of the payment will meet the Scottish Government’s own child poverty targets. Both the Joseph Rowntree Foundation and IPPR Scotland have called on the benefit payment to be lifted to £40 a week.

8. At Chancellor Rishi Sunak’s Spring Budget on March 3, he announced that £20 increase in Universal Credit would remain in place for a further six months, until the end of September 2021.

9. Last month, the IPPR Scotland think tank said the Scottish Government should introduce a new social renewal supplement, paid for by higher rate taxpayers, to raise the SCP to £40 a week. Such an upsurge in the payment, it said, would help lift more than 50,000 children out of poverty.