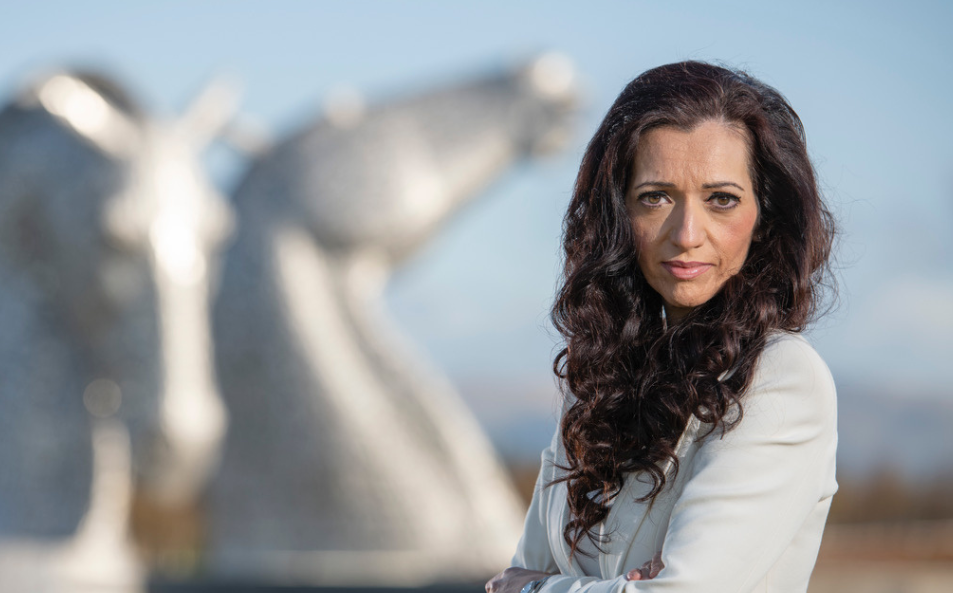 IT’S been a big week for Scottish offshore wind. First and foremost, Seagreen, some 20 miles or so off the Angus coast, has come on stream.

It has been in the making for more than a decade, and now takes its place as the world’s deepest offshore windfarm.

The giant turbines totally vindicate the decision to deploy Scotland’s offshore industry in deep waters with giant or the, even more exciting, floating turbines.

In contrast to the English industry which, hitherto at least, has been concentrated nearshore or in estuaries, the Scottish industry is the future of big wind development. It is the difference between genuine offshore energy development and what is effectively onshore wind in a puddle!

The SSE/Total Seagreen, when fully operational next year, will through its giant 114 turbines generate 1.1 gigawatts (GW) of electricity – enough to power about one million homes. Each will have a maximum tip height of 187m (614ft), which is about twice the height of the tower housing Big Ben. One Scottish giant turbine dwarfs England’s most famous landmark.

The £3 billion Seagreen watermark comes hot on the heels of the go-ahead to three new developments in the waters around Shetland which are expected to contribute another 2.8 GW of electricity.

To understand the scale of opportunity, remember that the latest offshore wind projects are being priced at £50 per megawatts (MW) hr and falling while new nuclear is £100 per MW hr. Currently, the offshore wind guaranteed price of electricity generation is around one fifth of what is being paid right now for England’s dependency on gas generation.

Over the next quarter century, Scotland could produce five times or more of our own requirements in electricity from offshore wind alone. Offshore wind carries the advantage of much higher availability than its onshore sister, but in any case can be relatively easily backed up by green hydrogen and pump storage hydro. Scotland has all the ingredients to lead the next clean green revolution and secure affordable power.

And that unfortunately is where the good news stops, because we are in clear and present danger of frittering away all of these advantages just as a previous generation allowed our oil and gas riches to be claimed by the combined avarice of international oil and the London Treasury.

SSE chief executive Alistair Phillips-Davies is one of the few people in the country who will not need to worry about his own coming £5000 electricity bill with his annual remuneration at £4.5 million and rising.

He has been boasting about the amount of local content in the project. In fact it is a scandalous disgrace. Only the assembly takes place at Nigg with the giant towers and turbines built elsewhere.
Even of the 700 operational jobs, only 50% are to be located in Scotland.

Instead of ploughing tens of millions of public money into BiFab’s foreign owners would it not have been a better idea to guarantee Scottish yards a lucrative billion pound stream of orders?
And unfortunately the scandal of missed opportunity does not stop there. The ScotWind auction conducted by Crown Estate Scotland is perhaps the single biggest example of policy incompetence of our lifetimes.

It makes the Ferguson fiasco look like a mere bagatelle and the census confusion a muddle not a fiddle.

As an excellent analysis by Common Weal demonstrated, the ScotWind auction succeeded in leasing a substantial part of the best offshore acreage for a fraction of its true worth to international capital.

The energy moguls took the innocents of the Crown Estate Scotland to the cleaners and spat them out the other end. The outgoing chief executive, Simon Hodge, is no doubt an excellent forester. To put him in charge of an organisation negotiating one of the biggest deals in Scottish history with some of the greediest corporates on the planet, is like putting the sheep into a pen to control the wolves. For example, this week’s Crown Estate press release actually boasted that the three Shetland deals would see the successful applicants pay a pathetic pittance of £56m in option fees to the Scottish Government!

Our natural resources will bypass the country with no impact on the public good whatsoever. Meanwhile, Crown Estate Scotland is so complacent that it is allowing the world-leading floating demonstrator of Kincardine to wither on the vine.

So what is to be done?

Firstly, renegotiate the options thus far granted to ensure a public share in every single project of at least 25.

Secondly, use this “golden share” to ensure the maximum Scottish content of suppliers to benefit from the billion pounds of orders over the next quarter century.

Thirdly, use the golden share to provide the equity for Scotland’s own public sector electricity supplier to ensure that never again are Scottish consumers faced with mass fuel poverty in this land of energy plenty.

Do these things and we will substantially increase confidence that our own government has the wit and the intelligence to manage the vast resources of an independent country. Take no action and future generations will look back in anger at a bunch of stookie dummies who sold their country and didn’t even manage to secure 30 pieces of silver!