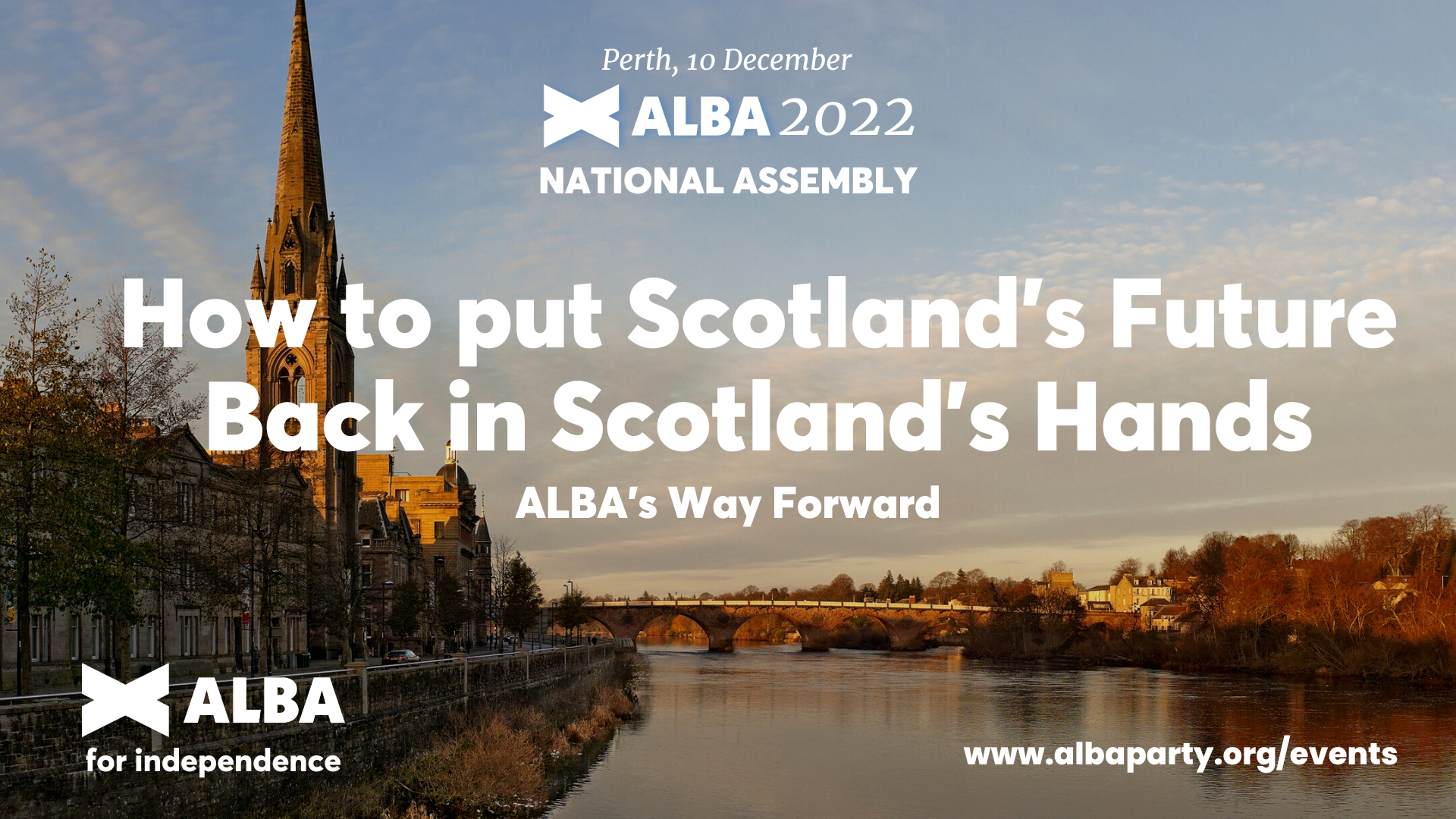 The Conference, which is open to any member of the public to attend as well as independence supporting organisations and parties, titled “How To Put Scotland’s Future Back In Scotland’s Hands - ALBA’s Way Forward” will be addressed by former First Minister Alex Salmond and ALBA Party’s two MPs, Kenny MacAskill and Neale Hanvey

The pro independence party will set out their plan to progress Scotland’s campaign of self-determination and members of the public will be able to contribute their views on what the next steps must be to bend Westminster to the democratic will of Scotland.

The event which was originally to be held in Perth’s Dewars Centre has now been moved to the City’s Salutation Hotel with a capacity of over 300. The event will also now be streamed live for those still unable to secure a ticket.

Alex Salmond’s ALBA Party say they have a plan to move the argument forward. They advocate the immediate convening of an Independence Convention composed of all Scotland’s elected representatives and encompassing civic Scotland. Secondly, they propose popular agitation and peaceful protest to be embraced as a legitimate and essential part of the independence campaign. They also propose a sustained campaign of parliamentary interventions at Westminster and a series of political initiatives at Holyrood.

ALBA want the Independence Convention to immediately assert Scotland’s right of self determination which was thrown into question by the ruling of the Supreme Court.

ALBA Party believe that any recourse to a “plebiscite election” either at Westminster or Holyrood, must be fought as Scotland United for Independence, not in a normal party political way. They stress that is the only way to keep the campaign issue on independence, and not on the track record of a single political party.

“The engine behind the support for independence at the present moment is the extraordinary position of the country with the greatest energy resources in Europe, having Scots facing fuel poverty. The link between the constitutional question to how to secure control of our own resources with the long cold winter of Westminster rule, is igniting the independence fire. A combination of a constitutional demand and an economic and social imperative is a recipe for political change.”

“Going cap in hand to the Supreme Court was never a sensible tactic and the response from the London establishment was even more extreme than expected. It is now imperative that Scotland’s future be placed back in Scotland’s hands. ALBA have a plan to ensure that this happens. However, we know that the independence movement is bigger than any one political party, that is why we are calling on the entire independence movement to attend our event, listen to our vision for the way forward and contribute their own ideas.

“Scotland right now needs a combination of popular action in our communities and a clear route to take the country forward if we are to bend Westminster to our democratic will.” 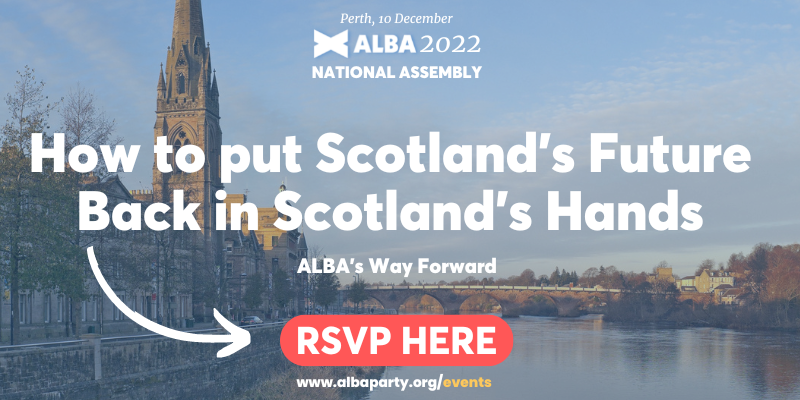