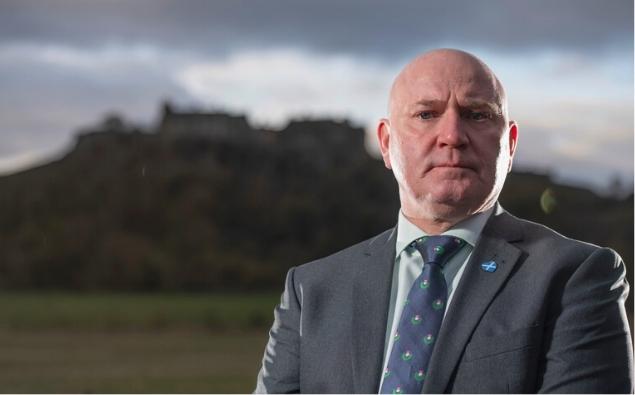 Alex Salmond’s Alba Party have hit out as the SNP’s Defence Spokesperson hinted that his party could be open to a temporary leasing arrangement to host nuclear weapons in an independent Scotland.

ALBA Westminster Group Leader Neale Hanvey MPsays that the “Soft  Acceptance” of Nuclear Weapons would open the door to Trident and its successor being hosted in Scotland for many years even after Scotland becomes independent.

His comments come as the SNP's defence spokesman Stewart McDonald failed to rule out a temporary arrangement in an interview with the BBC. Commenting on the SNPs more enthusiastic embrace of NATO membership, Mr McDonald said:

"I'm not suggesting for a minute that we would turn our backs on what's expected of us as an alliance member, but we very clearly wouldn't become a permanent base for nuclear weapons," he told the BBC.

Alba says this is a significant step away from the position agreed to by SNP conference in 2012 where"an independent Scotland would not have possession of or allow nuclear weapons in Scottish territory".

ALBA Westminster Group Leader Neale Hanvey MPsaid that the comments indicated that a visiting nuclear-armed vessel from the US, France or UK would not be turned away, even if an independent Scotland’s position was against such visits.

“The conditional support for NATO membership in 2014 was qualified by a reassertion of the commitment to unilateralism. Even from within an organisation where such weapons remain, an independent Scotland would not play host to weapons of mass destruction.  Words matter and are a critical factor.”

“The SNP Defence team are completely out of touch with the tradition of the independence movement. Alba continues with that tradition and believe that WMDs should be removed from Scottish Territory from day one of Scotland regaining the status of an independent nation. This is a galvanising red line for the movement and must be honoured by the parties negotiating with the UK Government following a vote in favour of independence.”

“Nicola Sturgeon is currently in the US and has been doubling down on the SNPs commitment to doing whatever NATO requires of Scotland. Upon her return, she must immediately set the record straight, dismiss the comments of her Defence Spokesperson and make it crystal clear that an independent will not play host to nuclear weaponry, permanently or temporarily.At a time of grinding poverty this will leave many wondering what happened to the unifying Indy movement cry of “bairns not bombs.”