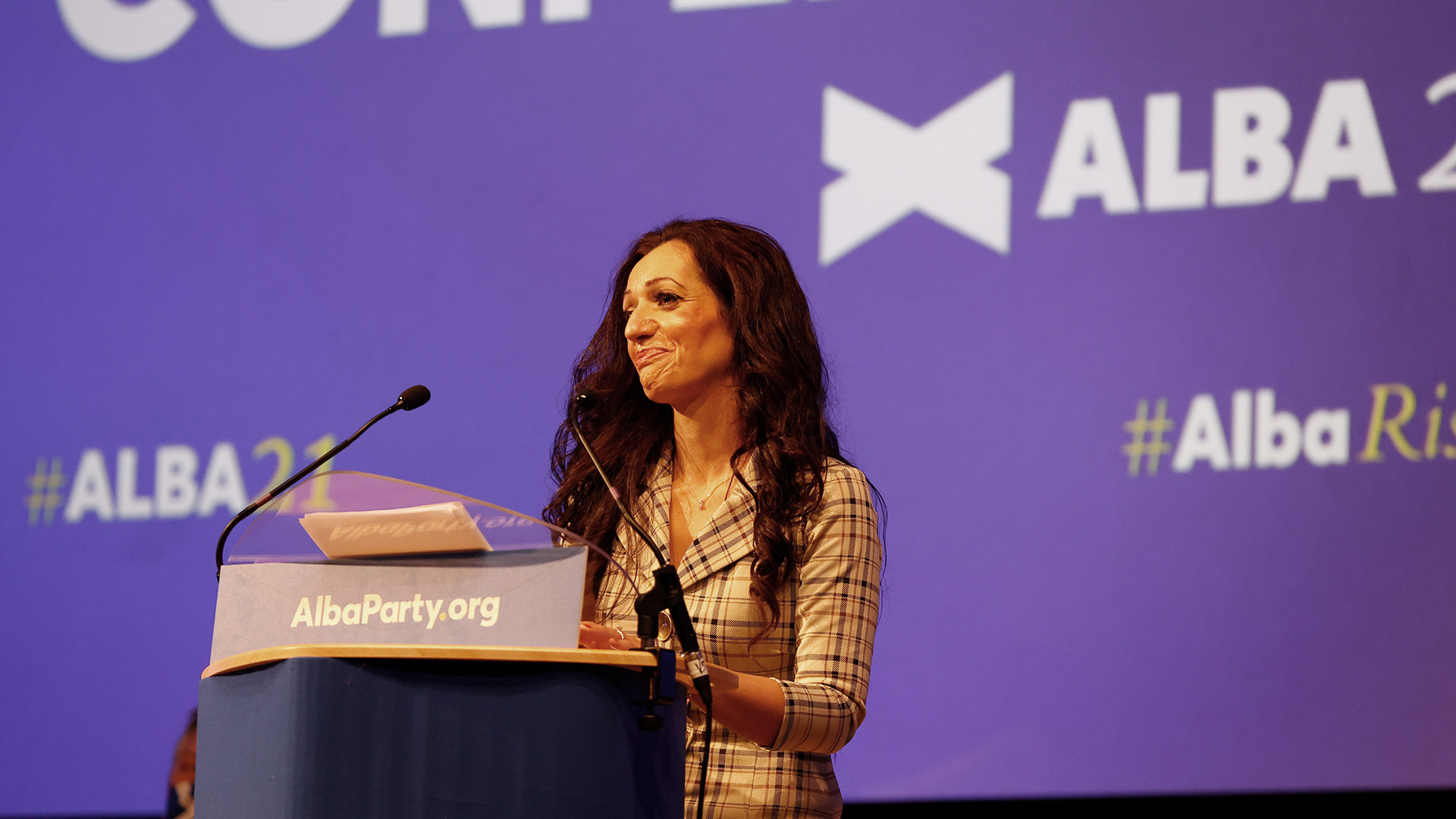 SO now we have moved from “now is not the time” to “never on my watch”, while the First Minister of Scotland is to be “ignored” as an “attention-seeking” naughty child.

So don’t say we have not been given full and fair warning. If we didnae ken before, then we ken noo!

Three things have really got my back up this week. One is the aforesaid arrogance of a Tory with no mandate telling another politician with a mandate that she is of no consequence.

Two is the BBC sullying the splendid achievements of the excellent England women’s football team by covering it like VE Day and third is the admittedly diminishing band of Scottish nationalists who believe we are going to get anywhere by meekly playing the game with this gang of Tory autocrats.

“Honest” John Swinney on TV whining that Liz Truss is “intemperate” is hardly going to cut it. Remember this exhibition of gall by giggling Liz casually demeaning Scotland is before she wins the Tory leadership.

Can you imagine what she is going to be like once she actually seizes the keys to Downing Street?

Perhaps instead it is time to take the gloves off in how we deal with Westminster. It is disturbing how many people have already given up on phase one and two of the Sturgeon strategy on independence. It is true that the October initiative in the Supreme Court makes the Charge of the Light Brigade look like a sensible military manoeuvre.

The solution to Scotland’s constitutional logjam lies in ourselves, not at the bar of the Middlesex Guild Hall.

But why are we accepting that Truss had the right to veto a Section 30 in the first place? Plans should be laid now for popular action, parliamentary interventions and diplomatic initiatives to assert Scotland’s national right to decide. It is not as if we are up against anything that could be termed an immovable object.

Truss is a third-rate dullard of a politician who is about to inherit the worst political and economic situation in the UK since 1974. The summer of disruption will morph into an autumn of discontent and a winter of massive public protest against soaring bills and falling living standards. Anyone who has watched Truss’s “apples and cheese“ address to the Tory Conference will understand how completely and utterly devoid of leadership qualities the incoming prime minster is.

This autumn will reveal the mettle of which she is made.

Her sole hope of hanging on to power is the incompetent crushing bore who has managed to divide Labour on whether they should be allowed on picket lines. Starmer is the Tory’s last best hope!

Add to these multitude of difficulties a campaign of political resistance in Scotland, and there is every chance that the Tory will crumble, melt and dissolve at the first sign of real pressure.

That does of course depend on the mounting of a campaign. However, the First Minister promised us a referendum on October 19, 2023. Are we really to suppose that she had no stratagem for achieving it beyond the fool’s errand of attending the Supreme Court to present a case in which her own Lord Advocate has “insufficient confidence”?

If ideas are needed, then the First Minister should have sent some spies along to the exhilarating Scottish Sovereignty Research Group conference last weekend. I had the great pleasure of chairing a Question Time panel and hopefully, we provided a glimpse of what political broadcasting could be like free of the stultifying BBC Unionist bias.

ACROSS that conference there was the urgency and clarity of thought required if we are to face down a Westminster Government intent on putting Scotland firmly back in its Unionist box. So here it is.

Firstly, we should mount a civil and political campaign to demand Scotland’s right to choose. The people voted for it. They have the right to see determined political action to secure it. Only the most comfortable and complacent can possibly believe there is anything at all to be gained by continuing to politely follow the Westminster rule book.

Secondly, the legal basis for Scotland’s Claim of Right does not lie in UK domestic law but in international law. That requires an appeal to the international courts and agencies from a representative body representing Scotland – a Parliament or better still an independence convention.

Thirdly, if yet another mandate is to be sought at a UK General Election then a “plebiscite poll” should be fought with the independence parties supporting a Scotland United candidate in every seat.

To fight it as political parties and political business as usual is to effectively invite pro-independence Scots who don’t like the SNP-Green Government record on such matters as the health service, ferries, drug deaths and woman’s rights, to refuse to vote for independence.

To have any chance of winning an independence plebiscite election, it has to be fought on the single issue of Scottish independence, rallying all shades of opinion to that cause.

Equally, to make such a vote meaningful the willingness and political resolve must be there to do something with it, once it is won.

It is one thing to lose and make no progress – it is quite another to win and then offer no strategy and no hope.

Now is the time for Scotland to make our move.