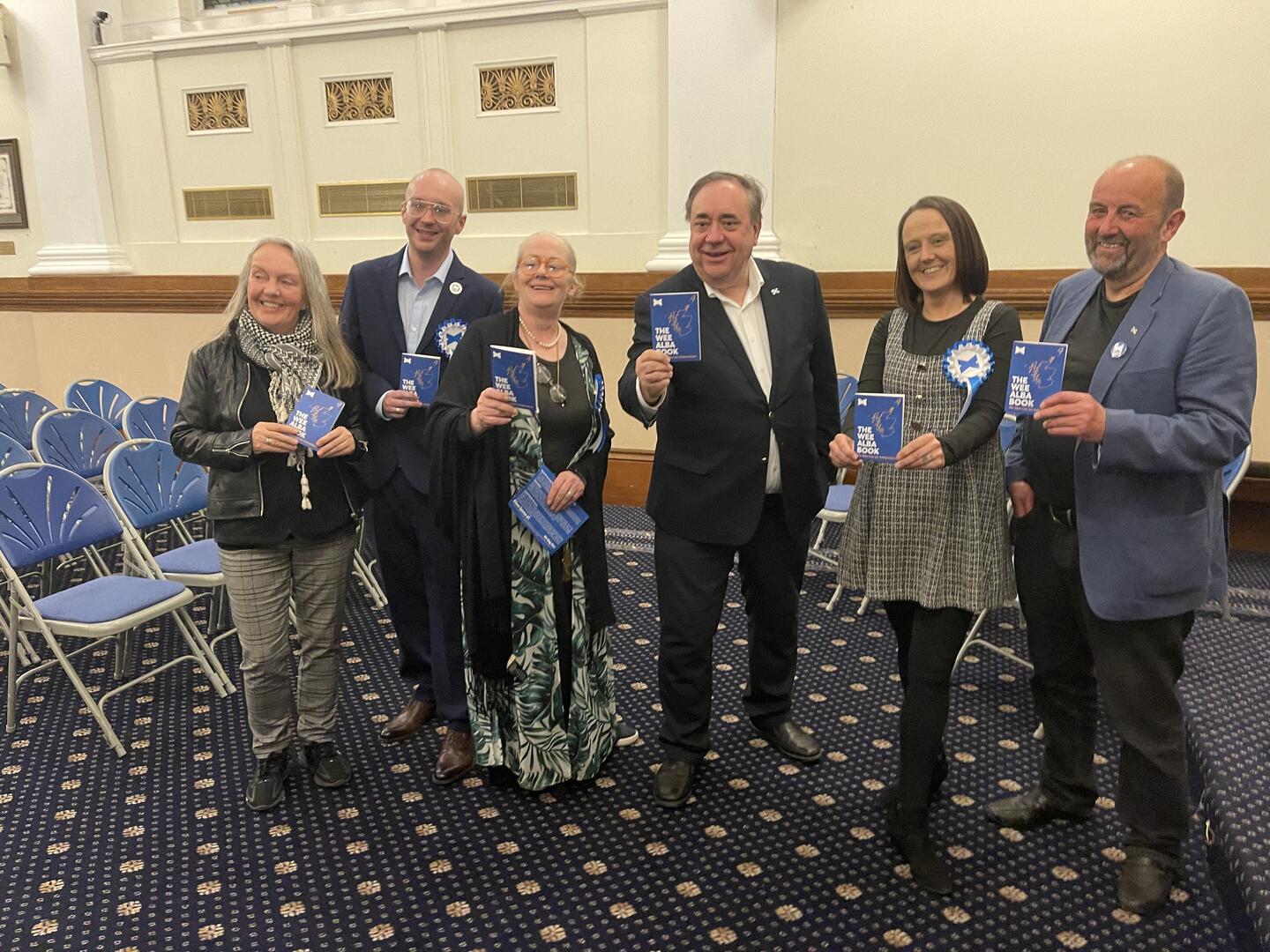 Former First Minister and ALBA Party Leader Alex Salmond unveiled ALBA’S KEY PLEDGES FOR PENSIONERS today (THURSDAY 28th April).  He stopped off first at Kilmarnock Cross campaigning with ALBA activists in support of ALBA’s candidates in the Local Council Elections. He then went on to Ayr Town Hall where he spoke at the latest “Wee ALBA Book” roadshow event. Mr Salmond is calling for:

“Pensioners across Scotland, and especially here in South Ayrshire with one of the highest proportion of aged population across the country, are facing the brunt of the Cost of Living crisis.  They are facing a massive hike in their fuel bills forcing many to choose whether to heat their homes or put food on the table.  ALBA is proposing three ways in which it is possible to put money into the pockets of pensioners NOW and to help offset the rising cost of fuel, food and transport."

“ALBA is proposing a doubling of the Winter Fuel Payment, currently worth £100 - £300 for one million eligible pensioners, a 25% reduction in the Council Tax for those in receipt of council tax reduction and is calling on the Chancellor to cut fuel bills by a third to be paid for by a Windfall Tax on the excess profits of the energy giants."

“These are credible and costed pledges, which if implemented, will make a real difference to the lives of our most senior citizens.  A vote for ALBA will elect councillors who will demand action NOW to support pensioners through the cost of living crisis."

“With no party likely to have an overall majority in East Ayrshire or South Ayrshire Councils after 5 May it is crucial that ALBA councillors are elected who can be strong voices for their communities and push for the measures set out in ALBA’s plan to tackle pensioner poverty.”