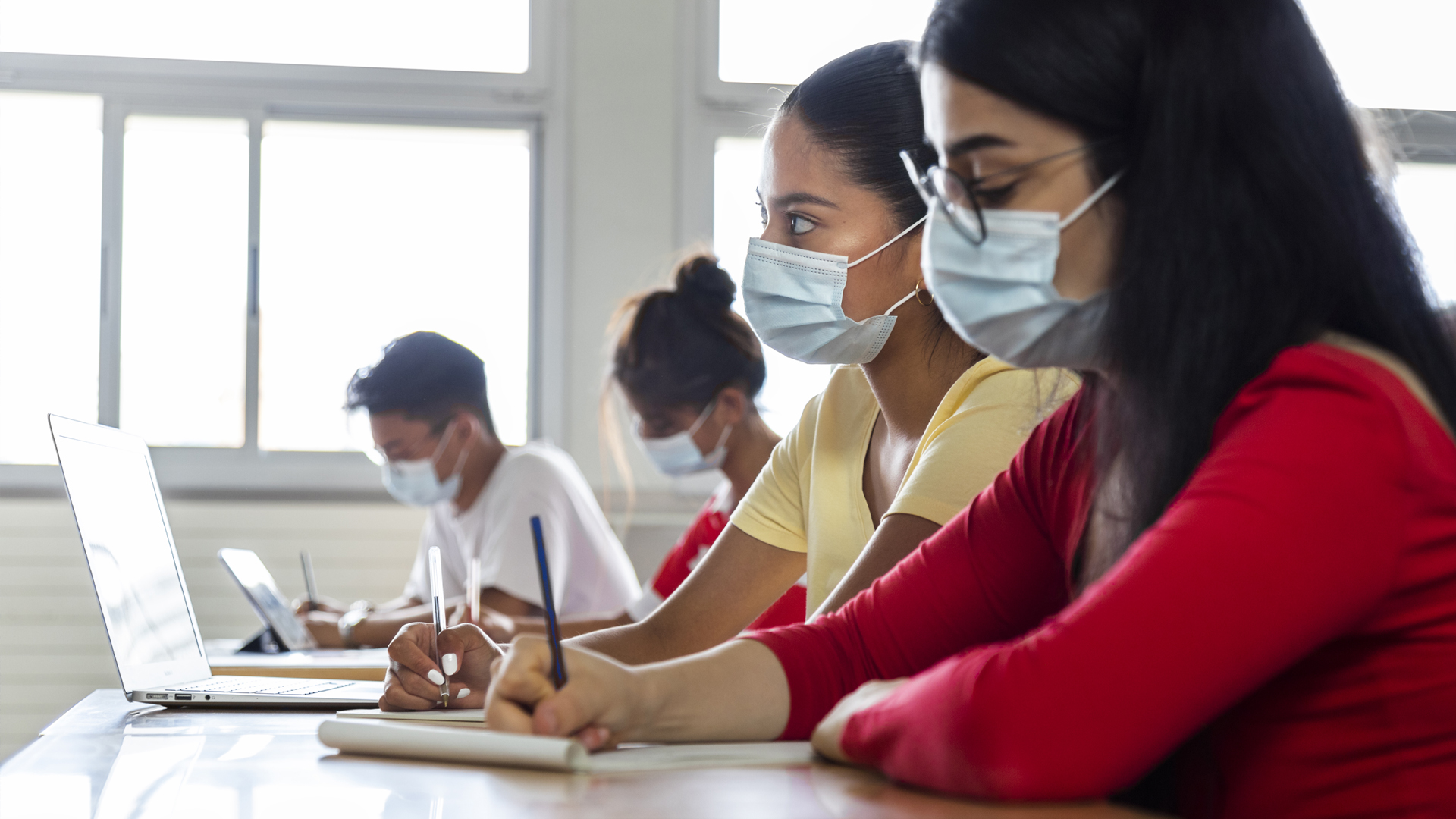 This has been a really tough time for Scottish education.

Of course it has been a rough time for us all. But as a mother I constantly worry for my own school-age children, as indeed do all parents.

The very worst thing about Covid for my kids was not keeping them off school, although that was bad enough. It was having to send them back unvaccinated, into an environment where I knew they were at risk of catching a disease with unknown long term consequences.

Thanks to the JCVI, a prevaricating and unfit for purpose vaccination committee and a bunch of buck passing, feartie politicians, the eventual decision to vaccinate teenagers was delayed until AFTER the kids were back at school. I have thus nothing but admiration for our teachers, who soldiered on in these dangerous circumstances in the full knowledge that viral transmission in partially vaccinated schools would be widespread. So it has proved.

Given all these challenges, pressures and difficulties affecting our schools, what seems to be the immediate priority of the now dysfunctional Education Scotland under their permanently dozing at the wheel SNP/Green Ministers?

Forget the know-all, right-on commentators who claim the spiralling objections to this insane exercise, come from old fashioned prigs; some latter day Mary Whitehouses. I am neither a prude nor old fashioned but a concerned parent who will not have my young daughters subjected to this embarrassing and dangerous rubbish and who now totally despairs of the priorities of Education Scotland in the middle of the pandemic crisis.

I doubt if any of the handful of remaining defenders of the census have actually read the offending questions. Indeed I can be pretty sure of that, given the lengths to which flustered Councils are now going to keep them secret. In contrast I have examined the full question sets and the self-contradictory, self-justifying gobbledegook which accompanies them.

It contains sexually explicit questions that you wouldn’t ask an adult relative, never mind a child. As a matter of fact, grown-up local councillors have been censured at meetings for attempting to read out the same offensive questions that the Scottish Government now want to foist upon our children.

The whole exercise is in any case self-defeating, in that many of the questions, eg on drug use, may well illicit responses based on peer pressure as opposed to real lived experience. Some other questions, eg on body image for primary 5 pupils, will certainly create problems, even where none exist. There has been no regard whatsoever for safeguarding or the danger of potential re-traumatisation of children, provoked by the triggering nature of the questions asked.

A glance at the accompanying long winded, opaque “privacy notice” shows it is a data protection disaster waiting to happen. Do they really think it is reassuring to say that they may “share individual level data” with “Education Scotland”, “Academic Institutions” and “other public bodies”? That in and of itself is surely a potential breach of Article 16 of the UN Convention on the Rights of the Child, which the same Scottish Government went to the Supreme Court to defend their attempt to write into law!

Finally, it is not a census because eight local authorities have already withdrawn and there will be a stampede to follow. Given that parents and children can refuse to take part, it is a self-selecting and biased sample. The subset of children prepared to say which contraceptives they are using, is not, by definition, a representative sample.

The under fire bureaucrats are clearly starting to buckle under the pressure. Apparently in all sobriety (see question 21) their spokespeople have opined that it would be “irresponsible” for local authorities to withdraw from a well-being survey during a pandemic. Clearly under the influence of hallucinogens (see question 23) they actually claim that only West Lothian Council have withdrawn because of the intrusive and embarrassing nature of the questions. These people are totally divorced from reality.

The hard truth is that they are at best fools and at worst facilitators. The Ministers who have allowed this nonsense to get this far are even more culpable. Every single piece of information the census required could have been properly garnered from a statistically balanced sample. I mean have they never heard of representative sample polling?

But of course it would have been useful to have a proper census, not an anonymised one, but one which asked all our children, real world questions for real action.

But all of that sensible action is above and beyond the boffins in Education Scotland who would prefer to spend years analysing their precious census and then release the anonymised and sensational data to the delight of the red tops and achieve and do absolutely nothing of any worth whatsoever.

And meanwhile back at chalk-face and the school desk, the teachers and children of Scotland wait for support and resources - and wait, and wait and wait.

First published in The National on 8th December