UK Tax on North Sea Oil and Gas could have been equivalent of £5000 annual windfall for every home in Scotland. 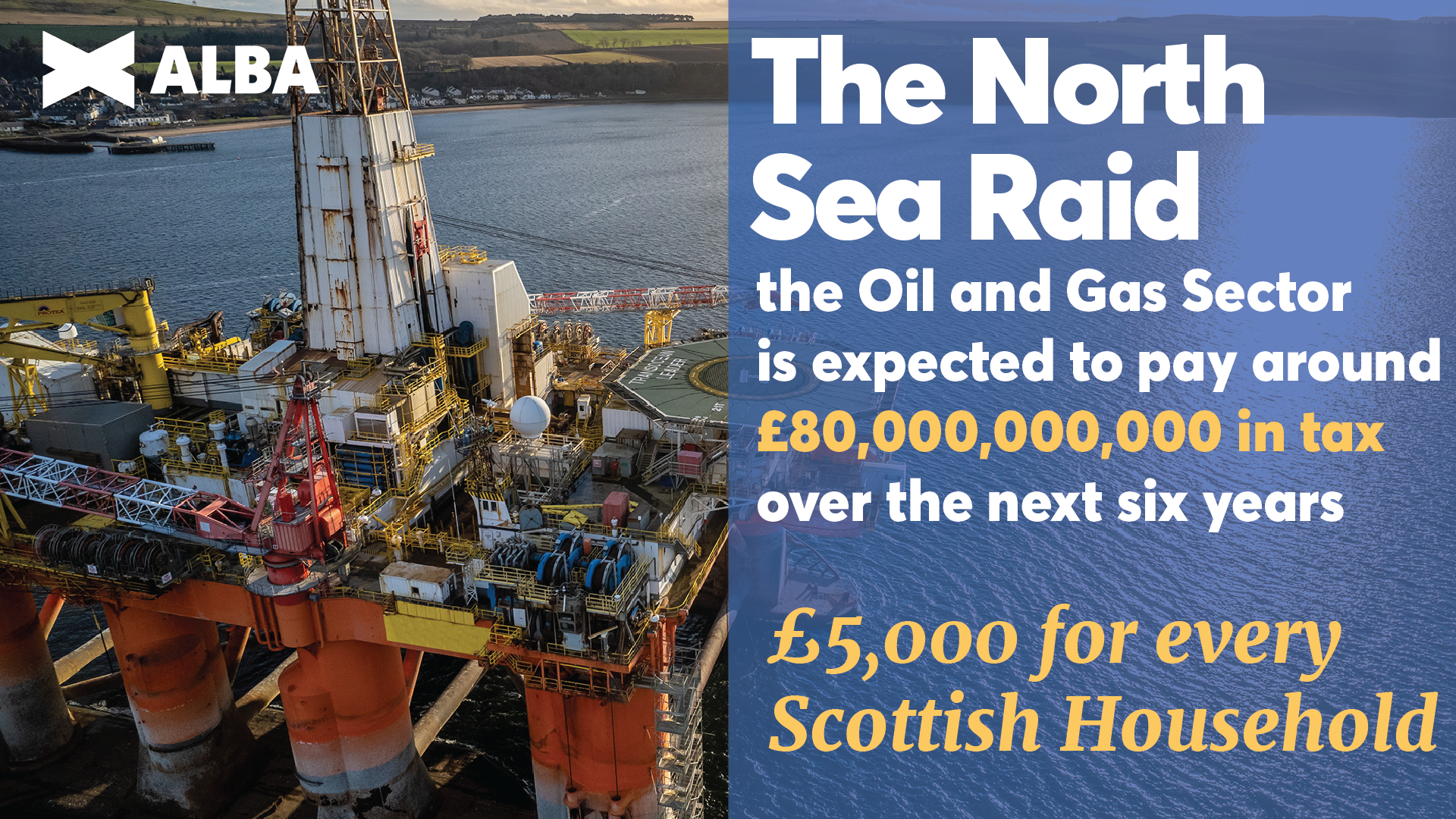 ALBA Party have said that the Chancellor’s raid on the North Sea shows that the UK Government can’t afford Scotland to become independent.

The pro-independence party have pointed to statistics provided as part of yesterday’s Autumn Statement that show that the Oil and Gas Sector is expected to pay around £80Billion in tax over the next six years. It is estimated that 82% of total production of Oil & Gas (95%of oil production) has taken place in Scottish waters.

The Continental Shelf Act 1964 and the Continental Shelf Order 1968 defined 90% of the UK North Sea maritime area under the jurisdiction of Scots law. This means that over £65Billion of the tax will be raised from Oil and Gas that came from Scottish Waters.

Alba Party say that this means that the UK Government are seizing the equivalent of about £5000 from every household in Scotland each year to balance the huge black hole created by the Tory Government’s mini budget that crashed the economy.

“This is the equivalent of around £5000 for every household in Scotland every year for the next six years. If it wasn’t for the carnage the Tories caused, instead of this revenue being piped to the UK Treasury, this bounty could’ve been an annual windfall payment to every home in Scotland.