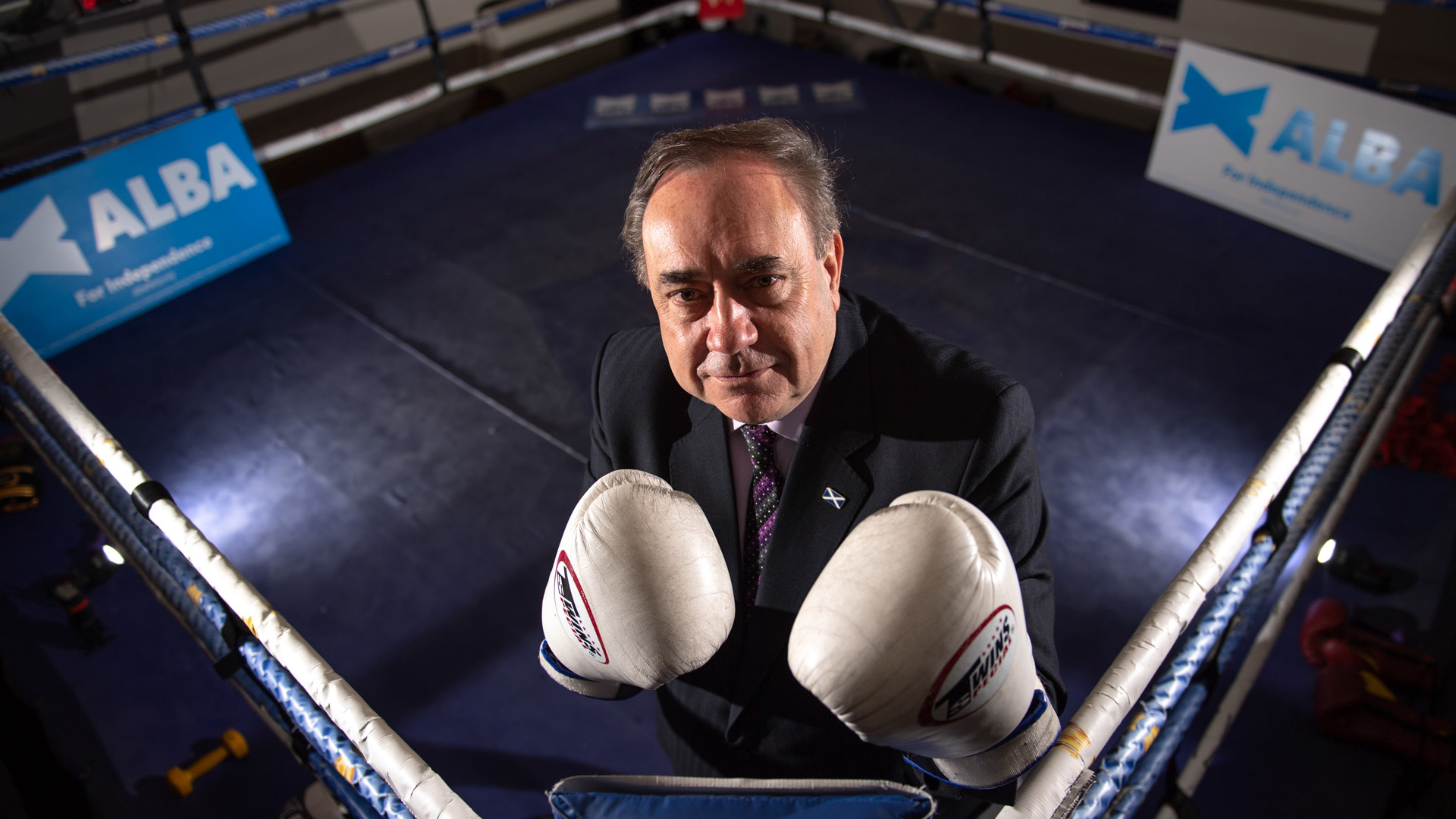 " I am delighted to be at Alex Arthur's Gym launching ALBA's call for universal free access to sports facilities for Scotland's young people.  As the First Minister who helped bring the Commonwealth Games to Glasgow I know the importance of good sports facilities not just for our elite athletes but for the health and wellbeing of all of our young people.

Speaking about ALBA's prospects in the Election Alex Salmond said:

" ALBA are the plucky underdog in this Election.  Cut out of the TV leaders debates, written off by much of the media and dismissed by the establishment parties it remains my firm conviction that ALBA will deliver a 'knock out' blow at this Election that will achieve the Independence Supermajority and propel Scotland towards Independence. As our message gets through to voters that an SNP vote on the list is a wasted vote, which will not elect a single SNP MSP in almost every region, so people will conclude that it is only a List Vote for ALBA that will make both votes count for Independence at this Election.”

"ALBA's pledge on universal free access to sports facilities will be truly transformative with 125,000 children and young people aged 18 and under set to benefit across Lothian showing the real difference a vote for ALBA can make in this Election".

Commenting on the Election Mr MacAskill said: “While the SNP drags its feet and the Greens are soft on Independence it is ALBA that are making Independence a priority in this Election by offering the most ambitious and radical manifesto of any of the parties".

ALBA Candidate in the West of Scotland Chris McEleny believes that ALBA’s proposal to make access to sport free for young people will make a massive impact on improving local communities and will help sustain Sports Clubs across Scotland as well as having a longer term benefit on health and inequality. Mr McEleny said:

“Free access to sports facilities for young people would be a game changer. From football clubs, to swimming clubs to, athletics clubs, this policy would make a real difference to communities. All too often people tell me that there simply isn’t enough for young people to do, but a major barrier to that is being priced out of sport.

Delia Henry, who is also an ALBA candidate in the West of Scotland, and was previously Scotland Director for Diabetes UK has welcomed the benefits the policy can provide. She added:

“ Physical activity is an important part of a healthy lifestyle and improves both physical and mental health. All children and young people should do at least an hour of moderate to vigorous physical activity each day. This includes most sports and games. In Scotland we have almost a quarter of a million children and young people between the agree of two and fifteen at risk of obesity and access to local grassroots sports would allow them the opportunity to have healthy lifestyles which would have lifelong positive impacts on their wellbeing.”

1). Across Scotland access to sports facilities has increased year on year, above inflation. Last year Sports Scotland’s Charges for sports facilities report showed in a review of benchmark prices that there was a 9.6% increase in the cost of golf to young people whereas swimming lessons increased by an eye watering 14%.

The report also shows a post code lottery in the cost for youth football teams to access training and match facilities. The cost per hour for an outdoor synthetic (3G) pitch is £16.50 an hour in the Highland Council area but in Edinburgh City, youngsters are charged a staggering £84 per hour.

3). The annual cost of treating conditions associated with being overweight and obese is estimated to range from £363 million to £600 million. The total annual cost to the Scottish economy of overwei.ght and obesity, including labour market related costs such as lost productivity, is estimated to be between £0.9 billion and £4.6 billion