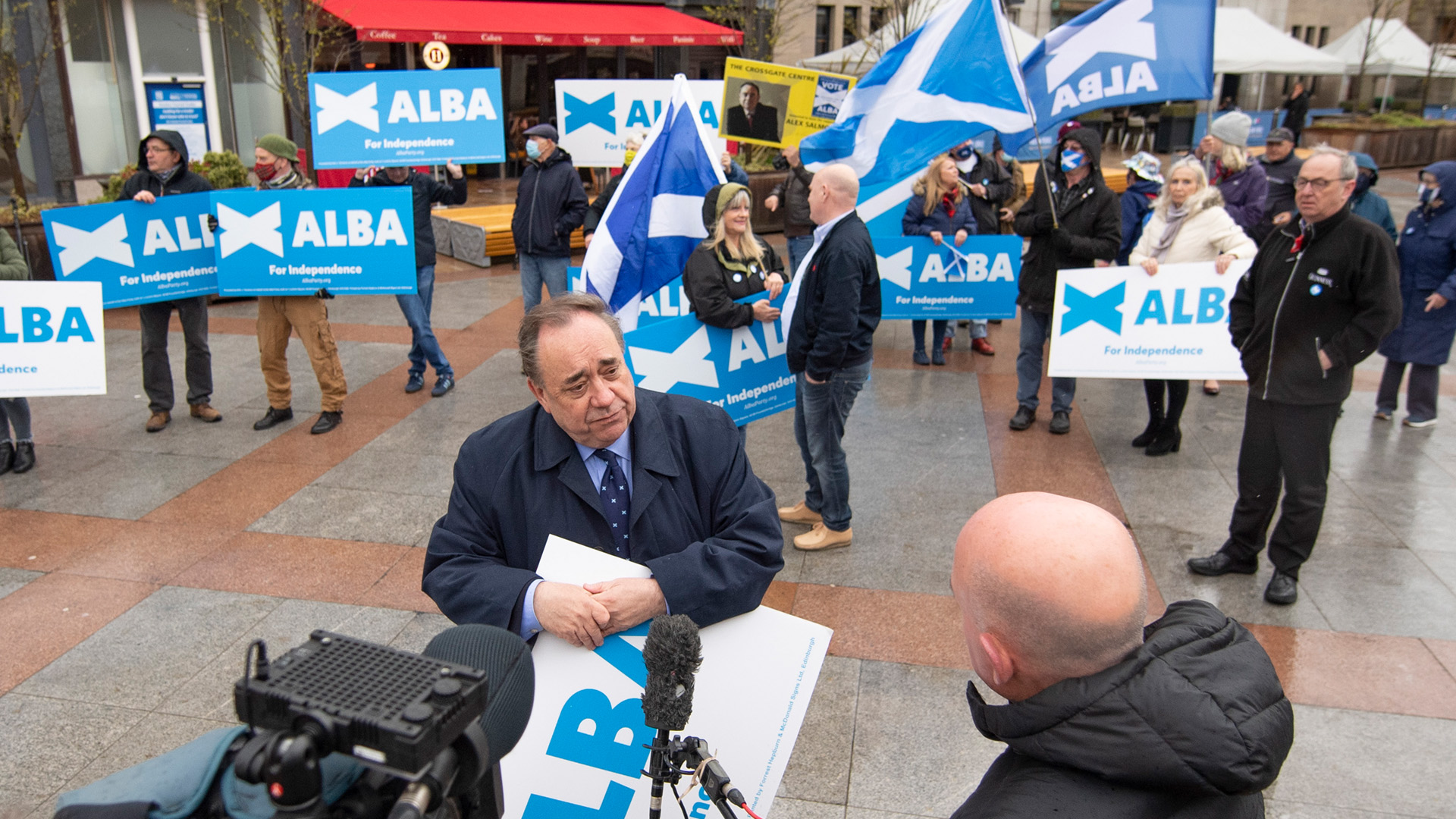 Less than half of Scottish Green voters in favour of independence, survey finds as SNP voters are urged to “Vote ALBA on the list to make their vote count for independence”

The ALBA party led by Alex Salmond have urged independence supporters to support them with their list vote if they want it to “count for independence” as a survey has been published suggesting less than half of Scottish Green voters actually support independence.

A survey by Lord Ashcroft Polls found that only 43 percent of those intending to vote Green backed independence, while 46 percent were against it.

Salmond’s ALBA party want to help deliver a Supermajority for independence in the Scottish Parliament and for the Scottish Government to be instructed to enter into immediate independence negotiations with Whitehall.

The Ashcroft survey of 2,017 adults in Scotland was carried out online between 7 and 19 April 2021, which does predate more recent opinion poll on party voting intentions. However, the information on the Green Party attitudes to independence is unlikely to have changed substantially from three weeks ago.

Salmond says that it is now clear that, with the SNP not expected to win a single list seat, independence supporters who want their list vote to count should vote ALBA on the list to help deliver an Independence “Supermajority”. Salmond added that “The SNP will gain next to nothing on the regional list while the Green leadership are at best lukewarm on independence”

In an interview with Holyrood magazine in December last year, the then Green MSP Andy Wightman described the Greens as “not a nationalist party.”

The Ashcroft Poll was carried out online between 7 and 19 April 2021, however in terms of headline Party support, ALBA point to the much more recent Panelbase Poll which polled between the 21st and 26th April. Panelbase also showed ALBA on course to win 8 seats and help deliver the “Supermajority” for independence.

In a statement Alex Salmond said:

“ A majority of Green voters are at best doubtful about independence. Perhaps this is why their own leadership don’t want a referendum until around 2026.

"By contrast, ALBA have made independence the key issue of this election. With the SNP projected to win not a single list seat across Scotland, if voters give their list vote to ALBA the Panelbase poll shows that we are on course to win seats across the country.

"In two weeks time ALBA MSPs if backed by the people will table a motion in the Scots Parliament to instruct the Government to initiate independence negotiations with Westminster.”

2. The Panelbase/Scotland Goes Pop poll was carried out on 21st-26th April.