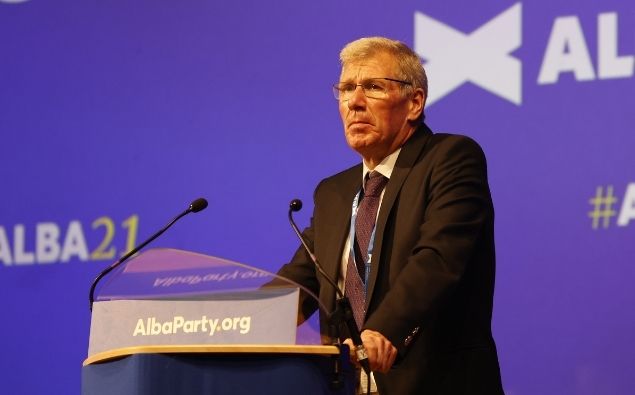 Reacting to the Chancellor of the Exchequer’s announcements on the cost of living today (Thursday) ALBA Party Depute Leader and MP for East Lothian Kenny MacAskill said:

“The measures announced today are grossly inadequate given the real cost of living crisis facing millions of families across these islands.

“Energy bills are set to rise by an average of £693 in April – a staggering 54% increase, so the £200 so called relief is less than a third of that massive price hike. To add insult to injury this sleekit Chancellor is proposing to recover that amount over five years at £40 per year. He is giving with one hand and taking back with the other. It’s another con from the Conservatives.

“The Scottish Government have been flat footed by the announcement of a £150 deduction in Council Tax bills. If the Scottish Government had instigated a Scotland wide, fully funded Council Tax freeze, as ALBA has called for, they could have used the Barnett consequential announced today to provide additional relief to hard pressed families facing rising energy bills and the rise in national insurance contributions. This would have allowed them to do more to tackle the cost of living crisis created by the UK Government.

“Instead by refusing to ‘mainstream’ or ‘baseline’ the extra funding announced by Kate Forbes they have denied Councils the stability in their finances needed to protect essential local services.

“The Scottish Government should act now to mitigate the rising cost of living through introducing measures such as the ALBA Party five point plan, to tackle it. Practical steps we can take now such as a Scottish Child Payment of £40 a week, introducing an annual £500 payment to assist low earnings households, extending free school meals to all primary and secondary pupils, doubling the Educational Maintenance Allowance (EMA) to £60 for 16-19 year olds in school and college, and free universal access for all children and young people to sport facilities.

“But ultimately the only way Scotland can escape the cost of living crisis facing families is for Scotland to become independent and to set a better course for our country.”