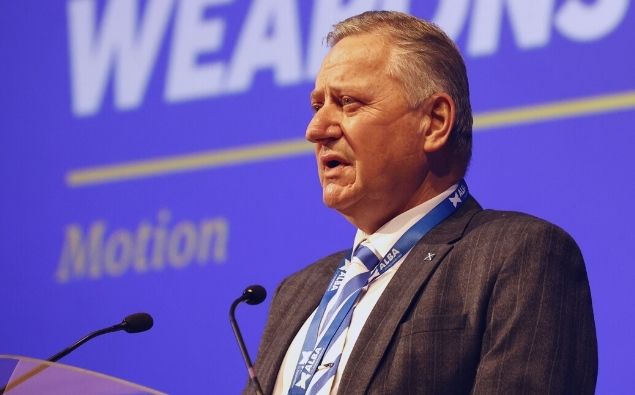 The ALBA Party's Child and Family Poverty Plan would make water charges free for every deprived household in Scotland.

This comes as water charges are set to increase by 4.2% next year adding to the country’s growing cost of living crisis.

ALBA's 5 Point Plan to tackle Child and Family Poverty which would provide universal access to free school meals for all primary and secondary pupils as well as policies such as increasing the Scottish Child Payment to £40 a week.

One of the key parts of our anti-poverty plan is a £500 annual payment paid to hundreds of thousands of homes across Scotland that are in receipt of council tax reduction.

In Scotland, even if you receive 100% Council Tax Reduction, the maximum discount you will receive on water and sewerage charges is 35%. This means that many households will face an unaffordable increase this April.

ALBA's £500 annual payment to half a million households would see CTR recipients have the money credited into their Council Tax accounts at the start of April each year. This means that any outstanding Water Charges would be wiped out, effectively making water free of charge, with any balance able to be withdrawn as cash.

ALBA Leader in Inverclyde Council, Councillor Jim McEleny, has called on the Scottish Government and Councils across the country to act now to help protect Scotland’s poorest households from the cost of living crisis.

Inverclyde is home to Scotland’s most deprived area, with one-quarter of the authorities dwellings being in receipt of full council tax payment exemption.

Councillor Jim McEleny, who was Chair of the SNP group in Inverclyde before joining ALBA Party last year, says that “ forcing Scotland’s poorest households to pay astronomical rises in water charges when we know they can’t afford to pay Council Tax is a wrong that our anti-poverty measures will fix.”

The announcement on increased water charges comes as the energy cap has been increased meaning that a perfect storm of increased household energy bills, council tax increases and food bills are all set to hit at the same time this April.

“Scottish Water’s price rise is just the latest of many pressures on household budgets. I represent one of the most pleasant, but still most deprived areas of Scotland. Gas prices are unaffordable already, electricity prices are on the rise as are all household bills. People simply cannot afford the extra charges they are being hit with.

“Although the Council Tax Reduction Scheme supports those in some of the most deprived homes in Scotland, it doesn’t protect them from the costly Water charges. ALBA's 5 point plan would put £500 into households that need it the most which would effectively make water charges free to hundreds of thousands of Scotland’s most deprived homes.

“Putting money in the pockets of these households, as well as funding a Scotland Wide Council Tax freeze are the sort of immediate actions we need to take to help mitigate the Cost of Living Crisis.“